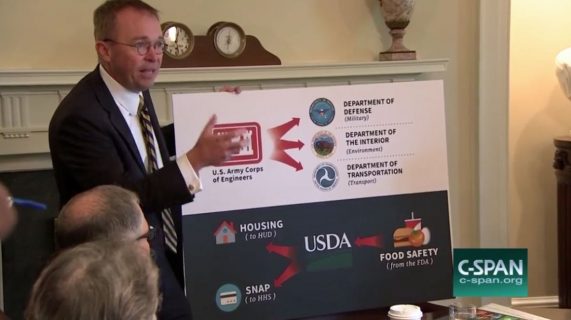 The Trump administration is proposing to consolidate USDA safety-net programs, including food stamps, in a revamped and renamed health department, as part of a sweeping government reorganization. White House budget director Mick Mulvaney says the federal government is bloated, opaque, bureaucratic and inefficient.

During what Mulvaney called the “Drain the Swamp Cabinet Meeting”, he outlined changes that would move SNAP, WIC, and other nutrition programs out of USDA and into a renamed Health and Public Welfare Department. The FDA food inspection work would transfer into USDA.

But SNAP, or food stamps, has traditionally been the ‘political glue’ that holds together a rural-urban coalition in Congress, providing the votes needed to pass farm bills. American Farm Bureau’s Dale Moore is not convinced yet either that or food inspection will change. 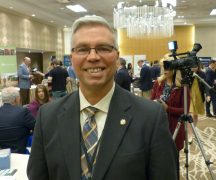 “Food safety inspection is a major program. I don’t care whether it’s USDA or the Food and Drug Administration, the nutrition programs are huge programs. Plus, there’s a whole administrative interconnect with all of the states. So, yes, Congress is going to have to have a strong voice in this and they’re going to have to be collaborated with very directly.”

There’s also a constitutional issue of ‘separation of powers’.

“They might say, ‘Fine. Move them wherever you want,’ but the committees of jurisdiction remain as they are. So, regardless of what agency it’s at the agriculture committees would still have jurisdiction over the nutrition programs.”