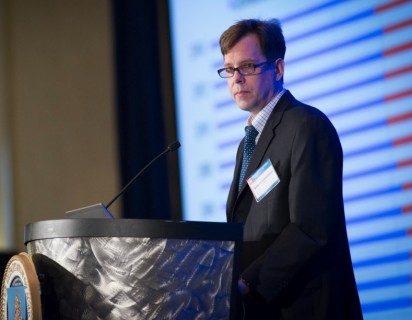 Some dairy producers and lawmakers have been asking for changes in the dairy Margin Protection Program, saying it was too expensive and didn’t pay out enough to make the program worthwhile. Those changes were expected in the new farm bill, but in the new federal spending bill there is an adjustment in MPP, according to USDA chief economist Rob Johansson.

It was adjusted “by raising the floor on that margin program from $4 to $5, and also lowering premium costs on the lower part of that and raising the amount of milk that producers can insure under that lower tier in the first,” Johansson said.

To make the program more responsive to price declines potential payments could be calculated every month, not every other month as outlined originally by MPP. Johansson says the farm bill process should be easier for lawmakers since it was up for an overhaul which now is not necessary.

Another benefit from the spending bill is “there’s a little bit more budget to work with if they want to make further changes to the program.”

Some USDA disaster programs are also getting a boost in the new spending bill to the tune of $2.4 billion. Johansson says the bill doesn’t create new disaster programs, but it does expand existing ones. One example, it removes congressionally mandated caps on total spending for some of the programs, “such as the emergency assistance for livestock, honeybees, and farm raised fish, or ELAP. The cap on that was currently set at $20 million a year. That’s been removed. It increases acreage limitation under the Tree Assistance Program or the TAP program, previously limited to 500 acres. That’s been raised to 1,000 acres.”

Some of the programs had caps on how much an individual producer could be compensated for disasters. Those caps are removed for the Tree Assistance Program and the Livestock Indemnity Program. Overall, it is an effort to provide more disaster help for more producers.

“So, we will be working with states to assess how those programs are going to be set up to provide assistance to those producers.”