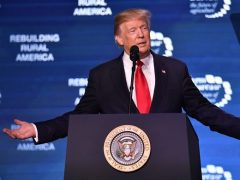 The opioid crisis in rural America is getting attention from both state and federal leaders. President Trump raised the issue in his remarks to the AFBF convention this week, “We are confronting the scourge of drug addiction and overdoses that plagues too many of our rural communities.”

Governor Holcomb raised the issue in his State of the State message Tuesday night and pledged more state support for local Hoosier communities, “We will Increase the number of opioid treatment locations from 18 to 27, so nearly everyone in the state will be less than an hour’s drive to treatment.’ 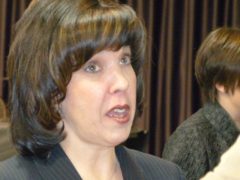 However, action needs to accompany conversation. USDA’s head of rural development Anne Hazlett says it is a top priority for her department in 2018, “We have a Community Facilities program that helps with local treatment clinics and transitional housing. We also have a distance learning and tele-medicine program that helps with equipment and delivering medical services.” She added that the re-organization at USDA has allowed greater focus on rural development and on the quality of life in rural America. 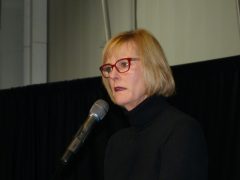 Lt. Governor Crouch says Indiana is taking action to help local communities by dealing with the stigma of drug addition, “We have to erase the stigma associated with drug addiction and mental illness. It is a disease and an illness and, until we remove the negative stigma, we are going to continue to struggle with how we deal with this crisis.” The Indiana Social and Family Services Administration has launched an anti-stigma campaign to begin to change the public image of drug addiction and mental illness. Meanwhile, Indiana Senator Todd Young says the focus also needs to be on prevention, “We need to invest in preventative solutions as well as just remediating on the back end.”:

A December survey, sponsored by the American Farm Bureau Federation and the National Farmers Union, found that just under half of rural adults reported being affected by opioid abuse, compared with almost three-quarters, or 74 percent, of farmers and farm workers. AFBF President Zippy Duvall said local Farm Bureaus need to get involved on the local level, “We have 2,700 counties that have Farm Bureaus there, and what if each one of them empowered themselves as being the loving neighbors that we would if someone just got hurt by a cow and we went and done their work for them. Look what a difference we could make in their life and if we just save one farmer’s family from being destroyed by this, it’s well worth the effort they are putting into this.”

One out of every five Hoosiers’ lives have been touched in some way by opioid addiction.