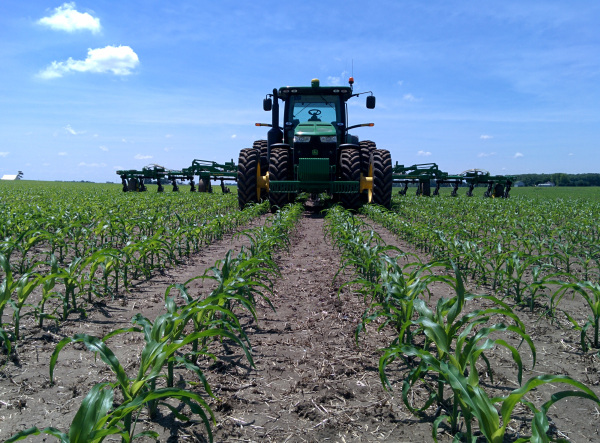 The price of fertilizer has already skyrocketed over the past 18 months with some farmers saying they are having trouble getting it.  Those issues could be getting worse depending on what happens this week in Canada.

More than 3,000 rail workers with Canadian Pacific Railway could be going on strike beginning early Wednesday morning.  If that happens, that means Hoosier farmers could see even greater supply-chain issues with fertilizer.  Canada is the ninth-largest producer of the world’s supply of nitrogen fertilizer. Almost half of that is brought into the U.S.

Fertilizer Canada, an organization which represents Canada’s fertilizer industry,  said in a press release that a rail workers strike could cause a “work stoppage during the crucial spring seeding season [which] will have crippling effects on the economy and agricultural sector, national and globally.”

“The agriculture sector is already experiencing supply challenges compounded by the war in Ukraine and cannot withstand any more disruption to the supply chain without severe consequences for farmers,” said Karen Proud, President and CEO of Fertilizer Canada.

“This is clearly not a good time to have a strike, particularly for fertilizer shipments when we already have a supply chain that is overly subscribed,” says Mike Steenhoek, Executive Director of the Soy Transportation Coalition.

Steenhook also spoke with Hoosier Ag Today about an agreement between the Soy Transportation Coalition and the Great Lakes/St. Lawrence Seaway to increase soybean exports by decreasing tolls for soy exports by fifty percent.

“For some it won’t be enough of an enticement to utilize the Great Lakes/St Lawrence Seaway, but for some it will allow them to look at that option with a fresh set of eyes and hopefully it’ll result in some new freight being devoted to that system.  For those states who are adjacent to the Great Lakes system, we think it could make sense for a number of those exporters,” says Steenhoek.

The Great Lakes/St. Lawrence Seaway runs 2,340 miles from the Atlantic Ocean to Duluth, Minnesota.  While less than 2% of U.S. soybean exports currently use the Seaway, Steenhoek says any opportunity to increase supply chain diversity will benefit soybean farmers.

“When you have a diverse supply chain [and] when you have multiple options, that benefits shippers.   We want to be all a part of not just having all of our eggs in one supply chain basket we want to spread it out as much as possible and we think the Great Lakes and St Lawrence Seaway can be a part of that solution,” says Steenhoek.