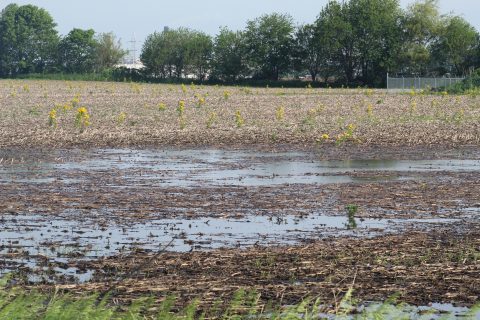 “Just east of James Cole Elementary School lies a field you see as you navigate up the school’s drive. This field is brilliantly adorned with yellow – a plant called Yellow Rocket, to be specific. It’s the end of May and the field should not look yellow. It should look green…”

That is the beginning of the Facebook post from James Cole Elementary School that is circulating rapidly through ag circles on the social media platform. Without doing a little bit of investigation, you wouldn’t know that the post is from an elementary school near Lafayette, Indiana. 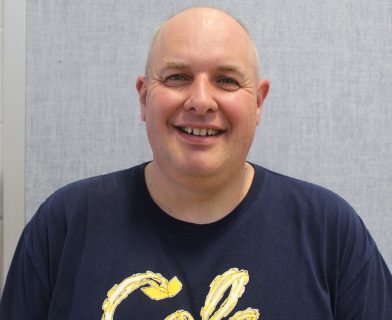 That is Principal Mike Pinto, the author of the post. While never having lived on a farm, he did spend some of his youth baling hay in Benton County, adding that some of his dearest friends and mentors are farmers. He said the post was just simply to remind people who aren’t in farming that this season has not been a normal one for farmers.

“What’s going to happen is it will stop raining and we’re going to have people (farmers) on the roads, and we need to slow down and let them do their job. So, sometimes I just think a reminder, I call them pebbles in shoes, you just put a pebble in someone’s shoe they slow down, they think, and they look around and say, ‘Gosh, it really is bad. I hadn’t really slowed down and thought about it.’”

The post has also had over 600 comments from farmers and non-farmers alike, coming from as far away as Ghana. Pinto said that while some ag detractors have weighed in (as they typically do), the vast majority of comments have been positive. He said the post has brought some affirmation to farmers that someone understands the plight. Pinto says that in this world when it seems like the most important thing to do is shout and pick sides, this should be an area we can all get behind.

“The overwhelming response has been ‘thank you’ and ‘bless the farmers’. I think that, if nothing else this made me feel good that social media has a powerful place sometimes and when it’s used for good and not for evil, it can really bring people together. I wish more people would do those things and scream less.”

Farmers now pray that Pinto is right, that it will, in fact, dry up so they can get out in the field. And here at Hoosier Ag Today, we echo Pinto’s final lines of the post, “Deep, black, rich soil – filled with green from corn and beans – not Yellow Rocket – is a blessing and so are the men, women, and families that we call farmers, neighbors and friends. Bless the farmers.”