Forbes: We Must Remove Barriers to Feed a Growing World, Including Trade Barriers 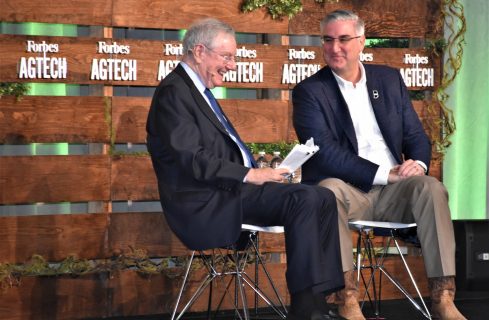 The Forbes AgTech Summit was held in downtown Indianapolis on Wednesday and Thursday. It was about emerging agricultural technology and how to feed a growing world, but trade and politics made its way into the discussion.

Steve Forbes is the Chairman and Editor-in-Chief of Forbes Media. He kicked off the event by talking about the artificial barriers we create that will impede us from feeding 10 billion people by the year 2050. 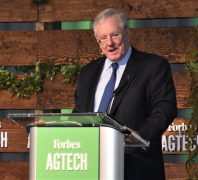 “…it’s unfounded fears like GMOs and Frankenfoods, instead of seeing it as enabling people with the least to not only produce but feed and get fed in ways that never would have been possible a few years before.”

Forbes, who was also twice a Republican nominee for president, said another artificial barrier that we must eliminate revolves around trade policy.

“Tariff is another word for sales tax. And while there are some trade abuses in the world, there are right ways to deal with them, laser like approaches. But I don’t believe, you can tell I’m not running for anything, putting sales taxes on ourselves is the way to deal with those abuses. Remove those barriers and we’ll all prosper even more.”

Governor Eric Holcomb joined Forbes on stage and was asked about his stance on tariffs. He said he’s hopeful a resolution is coming. 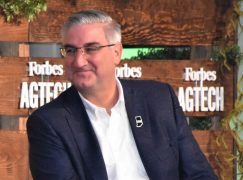 “We’re obviously playing hardball. This has been going on for decades and decades. And we want to make sure that it’s not just rhetorical to say that it should be a free and fair, level playing field. And so, the administration is taking this head on, and I was encouraged by some news that came out last night in discussions. And so, with each of those updates, I think we get closer to a final resolution and it will serve Indiana well to be able to compete on that free and fair, level playing field.”

According to Business Insider, China on Wednesday took a major backward step in its trade war with the US, announcing it would cut import tariffs on numerous non-American goods, a sign that they are feeling the impact of this trade war already. Those cuts go into effect on Nov. 1.