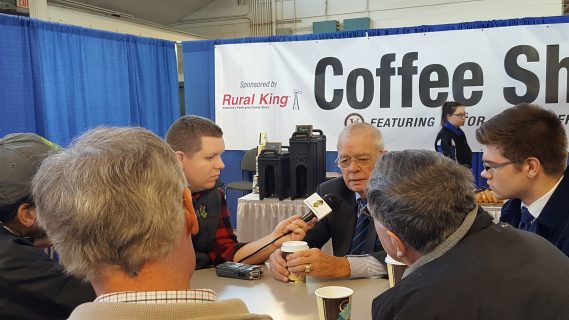 The Senate passed the 2018 farm bill on Tuesday, and the House is expected to take action today. Senators, without debate, approved the bill 87 to 13, placing action on the House of Representatives to pass and send the legislation to President Trump for his signature.

Former Secretary of Agriculture John Block spoke at the Indiana Farm Equipment and Technology Expo on Tuesday. He says that, with some exceptions, this farm bill will likely be pretty similar to the last one.

“Supposedly, it’s going to cost the same amount of money as the last farm bill, and I think that in almost every respect it’s going to be much the same.”

As for the trade issue with China, Block says there is pressure from both sides to come to a deal.

“China especially. Their stock market has crashed more than 20 percent and they’ve got a lot of debt and a lot of things to worry about. So, I can’t imagine that the Chinese president wants to keep on with this kind of a conflict.”

Block told Hoosier Ag Today that if he were serving as President Trump’s Ag Secretary, he would not have supported this tariff war with China.

“However, I can understand other members of the cabinet and even the president that’s said, ‘Well nobody else had the guts to take China on and try to change the way they act, but I’m going to do it.’ So, okay. In that regard he’s probably right.

Block served as Secretary of Agriculture under President Ronald Reagan from 1981-1986 and was involved in the 1985 Farm Bill Act.