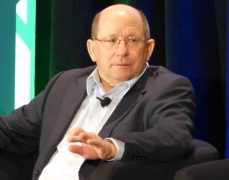 Tuesday President Trump issued an executive order on the hotly debated Waters of the U.S. rule. The order instructs the Environmental Protection Agency and the U.S. Army Corps of Engineers to conduct a formal review of the rule. Former president of the American Soybean Association Ray Gaesser from Iowa, lobbied long and hard against the rule. He told HAT this is a victory because of the rule’s regulatory overreach.

“We have a lot of hope that we will come to a more realistic approach to Waters of the U.S., a little more realistic approach to the environment in general. But we need to remember that farmers do care about the environment and want to protect it, but that overreach and those one size fits all regulations weren’t going to allow us as farmers to individually treat our farms in a way that was not only economical but environmentally beneficial too.” 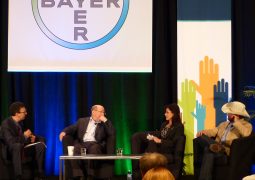 Gaesser was part of a panel discussion on ag issues affecting the future of farming during the Bayer AgVocacy Forum, Feed the Future in San Antonio. He said farmers do care about the environment and water quality, but many issues need to be addressed locally.

“So many of us are involved now in soil health issues and water quality issues within our states, and those issues are local,” he said. “They’re not federally mandated issues, I don’t think, and each farm is different we have learned, and each approach to water quality can and should be different to economically and viably address those issues. We all want to do the right thing for the environment and we need to have the opportunity to do that.”

Indiana Senator Joe Donnelly praised the action from the President, saying WOTUS “was unworkable for many stakeholders, especially Hoosier farmers.”

Senator Donnelly, a member of the Senate Agriculture Committee, said in a statement, “We all need and expect clean water, but it is my hope that the Environmental Protection Agency rewrites this rule to provide clarity for stakeholders and ensures clean water. I have been saying for years that, in order to get this rule right, we need to engage all stakeholders, including farmers, businesses, local governments, and environmental groups in a collaborative effort.”