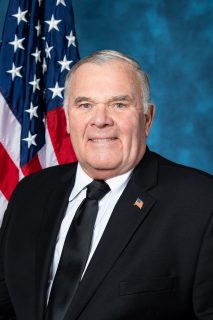 Freshman U.S. Representative Jim Baird, a Republican from Indiana’s 4th congressional district, was recently appointed to the House Ag Committee, a committee that hasn’t had a Hoosier on it in quite some time.

“I have to tell you. I’m really excited and pleased to have this opportunity to serve on the agriculture committee in our U.S. Congress, and I look forward to hearing from farmers, farm groups, and all those interested in the agricultural industry…because I’m just their voice here in Washington, and I respect everything they do every day.”

Hoosier Ag Today had heard prior to Baird’s appointment that he was actively seeking appointment to the ag committee, and Baird confirmed that was the case. He told us that this is where he felt like he could make the biggest impact for not just his district, but all Hoosier farmers.

“By utilizing my background and experience in the agricultural area to represent, or give people in our district a voice, on some of this legislation and on these committees. They just finished up the farm bill, so I’m anxious to look into the details of that and start looking for those areas that are really working in the farm bill so we can start looking forward to the next farm bill.”

When asked about the looming Feb. 15th deadline for an agreement on border security to keep the government open, Baird said he was glad that the federal workers who got caught up in the middle of this are now back at work and getting paid, but he would like to avoid another shutdown.

“You can have the extremes of thought on both right or left, but in the middle, you’ve got to have a majority and a bell-shaped curve that gets together, works out a compromise, makes the tough decisions, and moves the country forward.”