FSA Still on Track for MFP2.0 Payments to Arrive This Week or Next 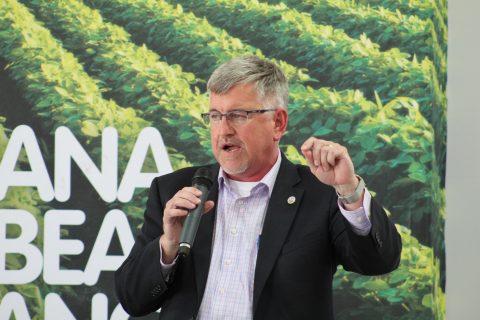 “I think this year is a lot more fair to a lot more people. It’s based on more generics and a lot of different crops.”

That’s Alan Kemper, a corn and soybean farmer from Lafayette, IN and former president of both the American Soybean Association and National Corn Growers Association, providing feedback about this year’s Market Facilitation Program to Farm Service Agency Administrator Richard Fordyce last week. He went on to tell Fordyce that the payment his county received was fair and equitable. Fordyce says that has been the bulk of the feedback received.

“We put a lot of effort into gathering that data, into pulling those historical planted acres, historical yields, apply the factor by commodity, to generate that. If there’s more acres of soybeans in that county than there are corn, soybeans are weighted more heavily. So, there was a lot of thought put into this and I think it’s pretty equitable.”

There have been some questions raised about the process.

“The ones where they may have a question is where there may be a little bit of a bigger difference in a certain county compared to counties that surround it, for example. We’re digging into those numbers to see if we can explain.”

Fordyce told me that they are still on track to be making the first round of MFP payments this week or next. Those payments will be at 50% of the county rate. The remaining 50% will be distributed over two more payments if the administration feels they are still warranted.