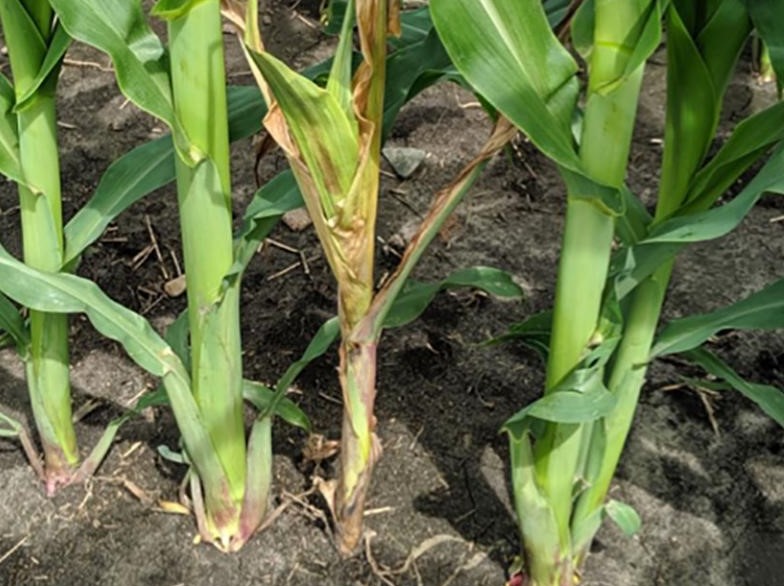 Because of an unseasonably wet winter in parts of Indiana, especially southern regions, farmers will have to brace for increased insect pressure and fusarium crown rot. Compounding the moisture is very limited freeze events, and that makes a difference.

“Sometimes we can freeze that subsoil down 6, 8 inches, and that really helps us when it comes to our pest pressure because it increases insect mortality,” says Channel Seeds technical agronomist Whitney Monin.

She tells HAT there are sincere concerns of more insect pressure moving into springtime.

“Whether that be early season from a white grub perspective which then turn into Japanese beetles, or whether we’re talking about stinkbug pressure, which had been a real threat across all of Indiana from the last couple of growing seasons. I think that could increase, and even slug pressure which unfortunately we don’t have an insecticide option to support us.”

When it comes to disease threats, fusarium crown rot was on the increase last year and it should like what it sees this year.

“It loves wet, early season infection when the soils are really damp and moist, and that’s when it can come in and infect our corn plants very early,” she said. “The thing about fusarium crown rot is it lives in the residues. So, for farmers who are going to go back corn on corn specifically from the 2019 growing season where we had more instances of it, I would make sure that they’re talking to whether it’s our local Channel seedsmen or anyone that they’re buying their seed from, and really ask them about crown rot and stalk rot ratings, especially in corn on corn systems, because you want a product that’s going to be very strong on those disease complexes early, because we know there’s going to be more inoculum out there in those fields.”

If you had that disease last year, she recommends crop rotation as a mechanism of protection. Consider other protection too, including early season seed treatments and fungicide applications at V5 and V6, because “it’s sure to be another challenging year in 2020.”