Last week over 6,000 farmers attended the Indiana Farm Equipment and Technology Expo at Grand Park in Westfield, IN.  Both exhibitors and those attending were impressed with the facility which was built primarily as a sports venue. Yet, Grand Park has its roots in agriculture.

Craig Wood watched the inevitable march of urban development surround his farm in Hamilton County. After turning down offers by housing developments and industrial parks, the City of Westfield brought him the idea of a sports campus that would benefit the community. He admits it was not an easy decision. 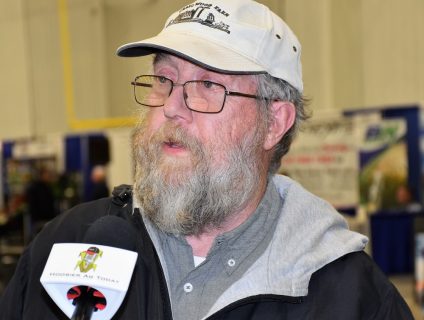 “I remember the day they broke ground for the project. It was a bitterly cold day, and I went out and walked my fields knowing this was the last time I would work this ground or drive equipment over it. I got a little misty-eyed; but, in the long run, it has worked out well.”

Wood says the transformation from farmland to one-of-a-kind, modern sports complex was amazing to watch.

“They told us that the project would involve moving 1 million yards of soil; and they did, but did not bring any new soil in from the outside.” Wood was able to watch the construction from his dining room window.

The 400-acre complex, which involves both indoor and outdoor baseball, football, and soccer fields, brings traveling sports teams in from across the country. Even the Indianapolis Colts and Pacers have practice facilities at Grand Park. The indoor complex is the size of three, full-sized soccer fields and is in use year round. Yet, this is the first farm show to come to Grand Park.

“From the beginning, we knew there would be multiple uses for the facility but had not imagined a farm show,” said Wood. “It makes a nice place for such a show and is convenient to bring in equipment and for farmers to attend the show, especially with the free parking.”

Wood spent two days at the show and was impressed. He feels the show has a future at Grand Park.

“This show is bigger yet still has plenty of room. It is easy to walk the show floor and see the new technology but not feel like you are being rushed.”

The Indiana Farm Equipment and Technology Expo will return to Grand Park in December of 2022.