The key U.S. Senator blocking a bilateral trade deal with Taiwan for years is dropping his long-held insistence Taiwan first end its ban on ractopamine-treated U.S. pork, before talks can begin. For years, Iowa Senator Chuck Grassley went to bat for the pork industry on the meat-leanness additive, ractopamine. He urged the Bush and Obama Administrations not to reward Taiwan with free trade negotiations if it didn’t first end its ban on U.S. pork treated with the additive. But that was before the Trans-Pacific Partnership Agreement.

“Maybe sometimes if you go back before the TPP, maybe I said it ought to be a precondition, but then we already have agreements with some of these countries and I think if you’re going to change those agreements that there can’t be preexisting conditions in order to have good faith negotiations,” Grassley said. 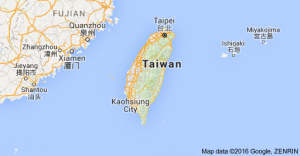 There’s no doubt Taiwan will still have to end its pork ban in a U.S. trade deal, but Grassley abandoning his long-held position may now hasten such a deal and get the U.S. industry the relief it wants. But National Pork Producers Council Spokesman Dave Warner says NPPC disagrees with the new-approach.

“And it doesn’t make any sense to enter negotiations when they’re not going to science on these issues,” Warner said. “Once they agree to do that then we start the talks.”

But Warner says the bottom line is that non-tariff sanitary trade barriers must end, even if done as part of a trade deal with other countries.

“We’re going to eliminate those non science-based issues in those other countries. The United States abides by science, and we want our trading partners to do the same.”

And there are lots of such restrictions, from China’s US beef ban, now supposed to be coming off, to Europe’s effective ban on many U.S. GMO crops.