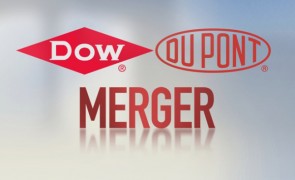 Senate Judiciary Committee Chair and longtime opponent of agribusiness consolidation Chuck Grassley is asking the Justice Department for a thorough probe of the pending Dow-DuPont merger. Grassley wants a “careful analysis” of the Dow-DuPont merger in the context of other proposed consolidations that will limit a farmer’s seed choices and likely raise their costs.

“If all of these proposed mergers go through we will have four major companies left, one of which will be owned by the Chinese government,” Grassley said.

He’s referring to ChemChina’s planned purchase of Swiss seed and chemical maker Syngenta. In the meantime, Dow-DuPont would control 76 percent of the corn market and 66 percent of the soybean market.

“A farmer seems to be in a unique position of when they buy something paying what the buyer asks, and when they’re selling something taking the price that somebody gives. It’s quite a bit different than just a consumer going to a supermarket. The consumer is at one end of it but the farmer is at both the beginning and the end of the production chain.”

Grassley says the Justice Department isn’t always sensitive to the producer’s plight, but it can be.

“We do have DOJ forcing Tyson to sell off sow buying unit as part of their effort to take over Hillshire Farms as one example of where they didn’t stop the merger, but they adjusted it to a considerable extent. So they thought it would be more protection for the consumer.”

Grassley says while Congress has not halted a merger for decades, the Justice Department has done so in a handful of cases. The Judiciary Chairman says he’s also considering the possibility of holding hearings on the proposed Dow-DuPont merger.