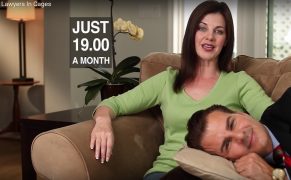 Humane Watch is airing a satirical Super Bowl commercial this weekend titled “Lawyers in Cages.” The ad, which will air during pre-game prior to kickoff, parodies the Humane Society of the United States’ commercials by illustrating that HSUS’s priority isn’t pets—it’s politics. Will Coggin, Director of Research at the Center for Consumer Freedom, says the commercial shows the truth behind HSUS.

“It’s something we’ve done before, and frankly we wanted to really communicate at a time when people are noshing on chicken wings what the Humane Society really is and try to get through to people that this is probably a group you’ve seen their commercials on TV. You or family members might even give them money thinking it’s going to help cats and dogs. But instead this group is really not about running pet shelters, it doesn’t run a single pet shelter and only one percent of its money goes to pet shelters. Instead the group is sort of like an animal rights, PETA like lobbying agenda and it involves a lot of litigation, a lot of lobbying, and we just want to find a humorous way to communicate that and the Super Bowl is a great time to do it.”

Coggin says within the commercial there is a simple “give local” message. 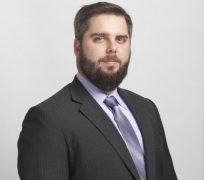 “People care about cats and dogs, and there’s a lot of confusion between the Humane Society of the United States and local humane societies which are independent from HSUS. But a lot of people don’t know that. The majority of the public doesn’t know that. They hear the name and assume that HSUS is a national office for all the local humane societies. That’s just not true, so our message really is to give local, support your local pet shelter if that’s where you want your money to go.”

Coggin adds the commercial aims to clear up the confusion and deception regarding HSUS.

“HSUS markets themselves with all these cats and dogs and our Lawyers in Cages commercial that’s airing this weekend is a parody of the HSUS commercial.”