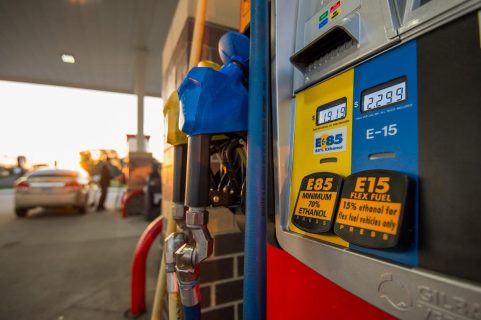 Over the last couple of days, there has been some good news out of EPA for the ethanol industry and some not so good news.

In a last-minute move on Tuesday, the EPA announced it would grant three additional small refinery exemptions (SREs). That brings the total exemptions under the Trump administration to 88, totaling 4.3 billion gallons of lost biofuel demand, according to Chris Bliley, vice president of regulatory affairs for Growth Energy.

“Clearly this is unjust, especially when farm families and biofuel workers have been working to make a living over the past few months,” he said.

The ethanol industry has been trying to fight back after COVID’s demand destruction. Bliley said this refinery issue exacerbates that pain.

“Biorefinery workers as well as farmers struggled over the past year,” said Bliley. “With this loss in demand just as you’re starting to come back, adding these three [exemptions] continues to slow [by] grating these exemptions to oil companies that are obligated to blend more renewable fuels.”

On the positive side, EPA proposed to remove the E15 label at pumps and improve infrastructure compatibility for E15.

“They also finalized their anti-backsliding study and found that the RFS and the use of higher biofuel blends does not need any additional fuel mitigation measures—there hasn’t been the environmental backsliding many had talked about.”

Bliley said he and Growth Energy are confident that the Biden administration will work to reverse some of the damage done by lost biofuel blending.

“President Biden made it clear on the campaign trail that his administration is going to usher in a new era of biofuels as part of his rural agenda and promote clean energy,” he added. “We really look forward to working with him and his administration to keep that promise.”