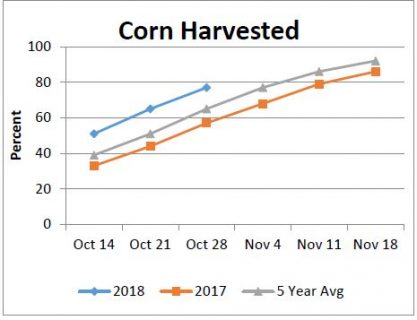 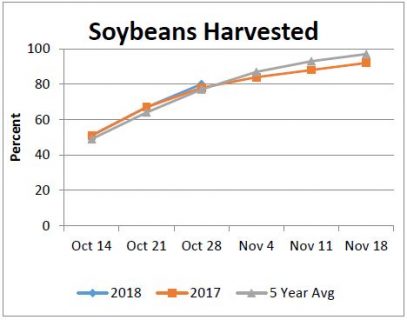 The average temperature for the week was 45.7 degrees, 5.8 degrees below normal for the State. The amount of rainfall varied from 0.04 to 1.09 inches during the week. The statewide average precipitation was 0.34 inches. There were 4.9 days available for fieldwork for the week ending October 28. 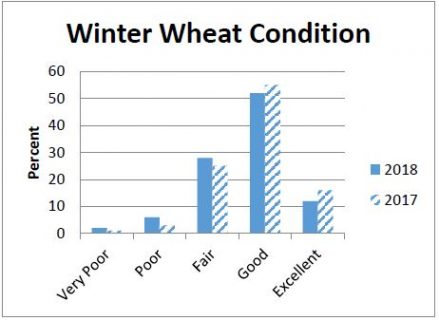 Corn and soybean harvests continued to progress towards completion last week. Cool and mostly sunny conditions prevailed before rains late in the week stalled field activities. Severe winds reportedly caused some lodging and slowed harvest progress in some areas. Some producers concentrated on harvesting corn while waiting for soybeans to reach a harvestable moisture content. Winter wheat planting and emergence progress was moving along slightly ahead of last year and the 5-year average. The crop was rated in mostly good condition. Other fieldwork activities during the week included applying lime and dry fertilizers, performing fall tillage operations, and planting cover crops.