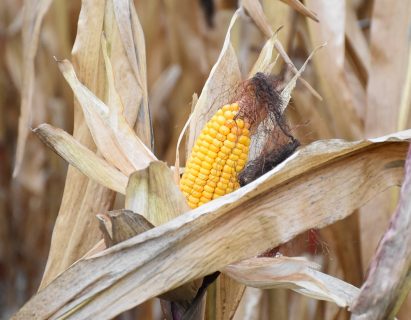 For the past few weeks in Central Indiana, the focus has been on beans.

Miller said the switch is on to corn.

“Most guys switch into corn, and I would said we are approaching the half way mark.”

He noted that the moisture level in the corn had fallen sharply in the past week.

“Most everything that was planted prior to Mother’s Day is below 20%.”

As for some of the yield numbers, Miller is hearing, “In Central Indiana from Indianapolis east and west and down along I-74 where they caught some rains, especially some July and August rains, the yields are good. Eighty bushel beans are not uncommon, and north of 25 bpa corn is pretty prevalent.”

Miller said further north things were drier and some fields have been disappointing.

We will have an early wrap up on harvest. Miller suggests as a priority for fall field work weed control should be on top.

“Anything we do this fall is really beneficial with marestail control.”