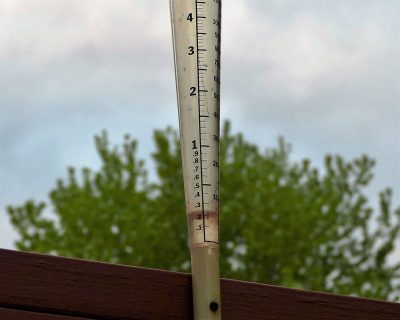 Moisture hit Indiana Thursday but wasn’t as heavy as feared, and now hit and miss rain episodes will dot the state through Friday and the first part of Saturday. In the new harvest weather forecast, HAT chief meteorologist Ryan Martin says there will be “more dry area over Indiana than there is anything else. The question will be cloud cover. I do think that given how we cleared out behind the front Thursday, we should see better sunshine potential than anything else through the next couple of days,” he said. “The next bigtime rain event does come in for the weekend, still mostly over the northern half of the state. Showers and thunderstorms for Saturday afternoon and evening into the overnight, I think we could see a quarter to one inch.”

Martin says “ok” conditions Sunday, Monday, and Tuesday could lead to resumption of harvest where those operations had to be put on pause.

“We’ll see sunshine and whether we can get back to harvest I think really comes down to how much rain hits in that Saturday evening timeframe. So again southern Indiana will probably be able to make some decent progress over the first few days of next week. We will be seeing temperatures maybe not quite as warm as this past week, but still rather warm for this time of year. Humidity values should stay below normal.”

There is a monster storm complex in the plains and the western corn belt. He says its movement this weekend and early next week is a slow plod eastward.

“Because it’s moving so slowly, I am seeing increasing chances that system rains itself out before it shows up in Indiana,” Martin explained. “Still, I’m looking for some showers to pop up probably Tuesday night into early Wednesday, then we take a bit of a break and then see rains come back Wednesday night, Thursday, Friday. At this point I’m going to say we might be closer to a half to one and a half inches of rain combined rather than some of these two-plus inch totals that we were seeing earlier in the week.”

If it rains itself out, that just benefits harvest operations in the Hoosier state.