Gary Truitt has been delivering the farm news and markets to Hoosier farmers over radio stations across the state for over 33 years. Truitt has received numerous industry awards including two Oscar in Agriculture awards and Farm Broadcaster of the Year from the National Association of Farm Broadcasting. In 2020, Truitt was inducted into the organization’s Hall of Fame. In 2006, Truitt founded Hoosier Ag Today as a way to better serve the informational needs of Indiana farm families.

Andy Eubank is a veteran Indiana broadcaster who understands the power of local radio. His 45 years of radio experience in rural communities has made him a master at producing programming that enables local radio stations to reach and serve their agricultural audience. Eubank’s work has been honored by the National Association of Farm Broadcasting and the Purdue Cooperative Extension Service. Since joining HAT in 2007, Eubank has traveled extensively covering agriculture, including accompanying the Indiana Lt. Governor on an agricultural trade mission to China in 2010.

Eric Pfeiffer brings broadcast and newsgathering experience as well as a technological background in mobile communications to his position as Vice President of News for Hoosier Ag Today. Having worked at Indiana radio operations, he also worked at AT&T where he gained experience in mobile communications technology. Eric focuses on covering Indiana agricultural news and bringing it to the farmers of the Hoosier State via radio, web, and social media. Eric joined Hoosier Ag Today in 2018. 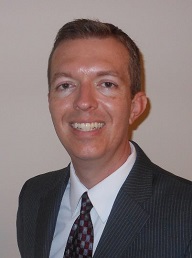 Veteran broadcaster C.J. Miller joined the Hoosier Ag Today team in early 2022. Born on a Shelby County farm, Miller is excited to be working in agriculture. He has an impressive background in broadcast news with a bachelor’s degree in telecommunications and communication studies from Ball State University as well as experience at some of Indiana’s leading broadcast operations including WIBC, Network Indiana, WRZQ, WYGB, WXLW, and White River Broadcasting’s WCSI, WWWY, and WKKG.

Martin’s training as both a Meteorologist and agricultural commodity broker allows him to bring a new depth to weather content from Hoosier Ag Today. Martin produces weather content for HAT radio stations as well as the digital platforms operated by HAT. Martin focuses on weather trends for the Hoosier State and incorporates how these trends will impact farming operations and market prices. Martin graduated from Purdue University in 1996 with a B.S. Degree in Applied Agricultural Meteorology. However, being raised in North Central Indiana on a small diversified livestock farm, Martin has been involved in operational forecasting all his life. He has worked in the private weather sector for over 18 years, providing information to a wide range of clients. Based in Warsaw, IN, Martin has developed a weather, risk management tool using weather derivatives to mitigate the problems that weather brings to all market sectors, not only the agricultural industry.

Ashley Davenport brings to HAT several years of experience as producer of one of the nation’s leading agricultural radio talk shows. She contributes to HAT as a farm reporter and is the News Director for our sister network, Michigan Ag Today. Raised on a farm in northern Indiana, she has a master’s degree in strategic communication from Purdue.