Agriculture contributes just over $31 billion to the Indiana economy each year and supports over 107,000 jobs throughout the state. Yet, in last Monday’s 60-minute senate debate between incumbent Democrat Senator Joe Donnelly, and challengers Republican Mike Braun and Libertarian Lucy Brenton, there was not a single agriculture question posed by the moderator or audience. With all the trade and political issues facing agriculture, less than 1:15 was spent talking about it (yes- I timed it out).

Braun did not address ag specifically during the debate. Brenton sounded off on her support for hemp production, which would be to the delight of many farmers throughout Indiana. But she didn’t mean hemp in addition to corn, she meant instead of it. 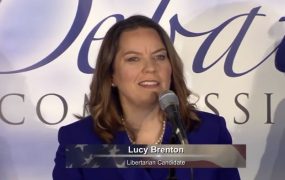 “I know that we have some of the richest soil in the world and we’re wasting it on corn. We could have a much better crop that is already pesticide resistant. We don’t have to be keep putting dicamba and 2,4-D on our playgrounds and on our corn. We need to protect the Hoosier environment and stop polluting it.”

Clearly misinformed about what farmers do to protect the environment and their soil, and that they don’t go around putting dicamba on public playgrounds, Brenton added that we don’t need ethanol, calling it just another government boondoggle to pay off “his” cronies.

Donnelly interrupted her to defend ethanol. 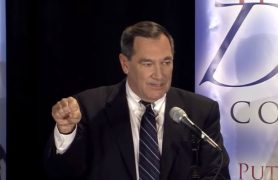 “Look- we’re Indiana. We fight for our farmers. Ethanol is a clean fuel. It’s an extraordinarily good fuel. It is something that makes money go in the pockets of our farmers instead of the sheiks in Saudi Arabia or in the Middle East.”

The next debate is scheduled for October 30 in Indianapolis. To make sure that agriculture has a voice in this election, we encourage you to visit the Indiana Debate Commission website to submit your questions for the candidates. Because Hoosier farmers and Indiana agriculture deserve more than just 1:15.