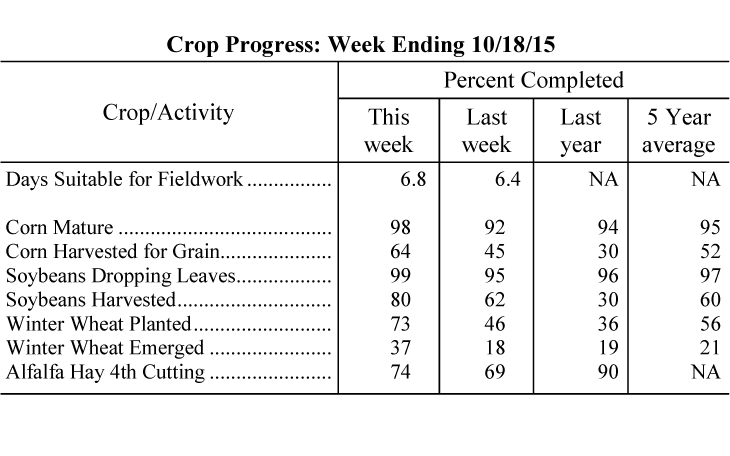 Dry weather and mild temperatures continued to aide farmers in harvest progress, according to Greg Matli, Indiana State Statistician for the USDA’s National Agricultural Statistics Service. The low humidity and cool temperatures kept moisture content low for both corn and soybeans, allowing many farmers to wrap up soybean harvest by the end of the week. Nearly one-third of the state is considered to be abnormally dry, with approximately 8% of the state in a moderate drought, according to the latest drought monitor. Most of the area south of I-74 is abnormally dry. The area of moderate drought includes all of Orange county, and portions of Lawrence, Washington, DuBois, Pike, Gibson, Knox, Daviess, and Martin counties Days suitable for fieldwork was nearly perfect at 6.8, up 0.4 days from last week.

The first frost of the season occurred over the weekend, but had a minor impact considering that much of the harvest has already been completed. Dry conditions continue to decrease the moisture in both corn and soybeans, and in some areas, the crops are becoming too dry. Corn and soybean harvest progress is well above last year and the five year average, with soybean harvest at near completion in some parts of the state. Winter wheat plantings are also well above the five year average. There are some concerns of poor wheat emergence due to the lack of moisture in recent weeks. Similarly, growth in pastures and cover crops have slowed and the fields have become dry. Livestock is in good condition. 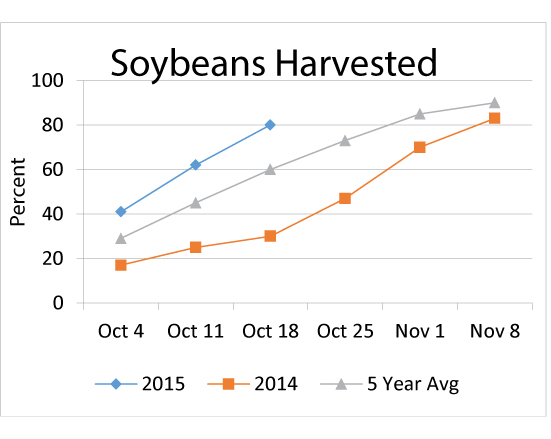 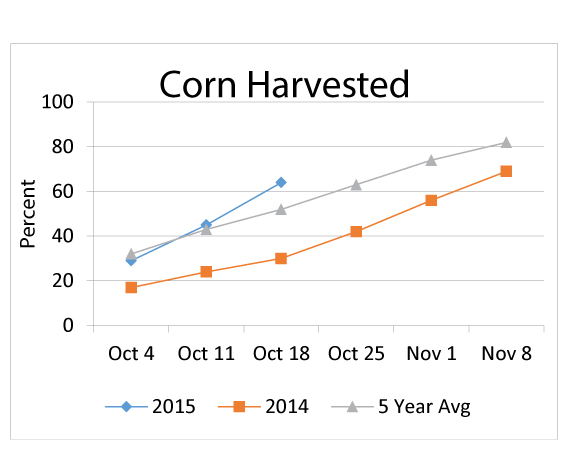