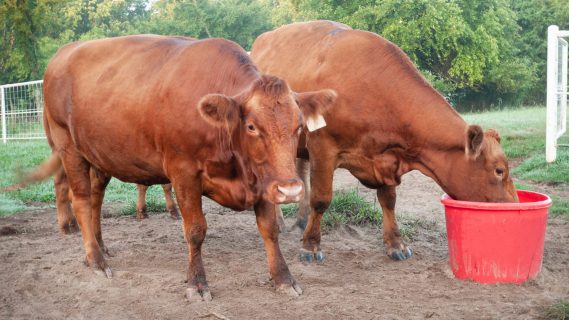 Key bills on everything from boosting funding for the USDA’s Environmental Quality Incentives Program (EQIP) and domestic fertilizer production to increasing meat processing competition moved through the House Ag Committee, though one remained highly controversial.

But one bill stood out as highly controversial and passed by only a near party-line vote of 27-21—the “Meat and Poultry Special Investigator Act,” by Rep. Abigail Spanberger (D-VA).

The bill would create a new special investigator position in the U.S. Department of Agriculture with prosecutorial and subpoena power.

“We have already seen that for two years now, the Department of Justice is investigating potential violations of the Stockyards and Packers Act, but yet, we have no updates, two-years without any movement, and it’s due to a lack of expertise. And the Office of the Special Investigator will help coordinate strategies with various offices within USDA and with DOJ, empowering USDA to put people who actually understand agriculture, in a stronger position to oversee the industry and enforce the law,” said Rep. Spanberger.

But that was little comfort to Republicans on the House Ag Committee, led by Rep. Glenn ‘GT’ Thompson (R-PA), who questioned the bill’s goals.

“Packer concentration has been relatively steady, for decades, and, regardless, this bill does nothing to change that” Maybe it’s supposed to address rising food prices. If so, it seems almost laughable that an unfunded office, with duplicative authorities, is going to solve that problem by filing lawsuits against packers, at the whims of the Secretary. What about a supposed lack of enforcement of the Packers and Stockyards Act? If so, USDA already has an entire Packers and Stockyards division charged with enforcing the act.”

Rep. Thompson read a long list of meat industry groups opposing the bill, while he said the American Farm Bureau’s raised a litany of questions. Rep. Spanberger responded that the National Farmers Union and many cow-calf producers back her bill, which has a bipartisan companion in the Senate.

In response, the National Cattlemen’s Beef Association (NCBA) Wednesday condemned the bill. NCBA Vice President of Government Affairs Ethan Lane says the legislation was rushed through the legislative process “without consideration of the confusing bureaucratic mess it would create.”

The North American Meat Institute agreed in a statement, adding, “USDA and the Department of Justice already have the authorities this bill would grant making this expansion of government bureaucracy.”