According to Donald Davidson, Historian Emeritus with the Indianapolis Motor Speedway, that tradition first started nearly 90 years ago.

“Louis Meyer, who ended up winning the race three times, regularly drank buttermilk. That’s what he drank on a hot day. He used to say that the tradition started in 1933.  Well, he may have drunk milk in ’33, but we have no photographic record of that,” says Davidson.

“We do know Louis Meyer wins again in 1936 and then he’s given this bottle of buttermilk and it was photographed. Apparently, some executive in the in the milk industry saw that and thought, ‘you know, what great publicity!’”

Davidson says the tradition really didn’t pick up until more than 20 years later.

“In 1956, it was a cash prize if the winner drank milk [after finishing], he got $300 and the chief mechanic up $50.  As luck would have it in 1956, [Indianapolis 500 winner] Pat Flaherty drank milk regularly anyway because he had some kind of a bone condition. Milk been offered every year since and now it’s a lot more than $300,” according to Davidson.

Now, that prize from the American Dairy Association of Indiana is $10,000 for the Indianapolis 500 and $500 for the winning crew chief.

Every year, before the race, each of the drivers are asked about their preference of whole milk, two-percent or fat-free milk to sip on should they win. One of three bottles is chilled and ready to pull out and hand to the winning driver in the Winner’s Circle.

Below is the list of drivers expected to participate in the 2022 Indianapolis 500 and their milk preferences: 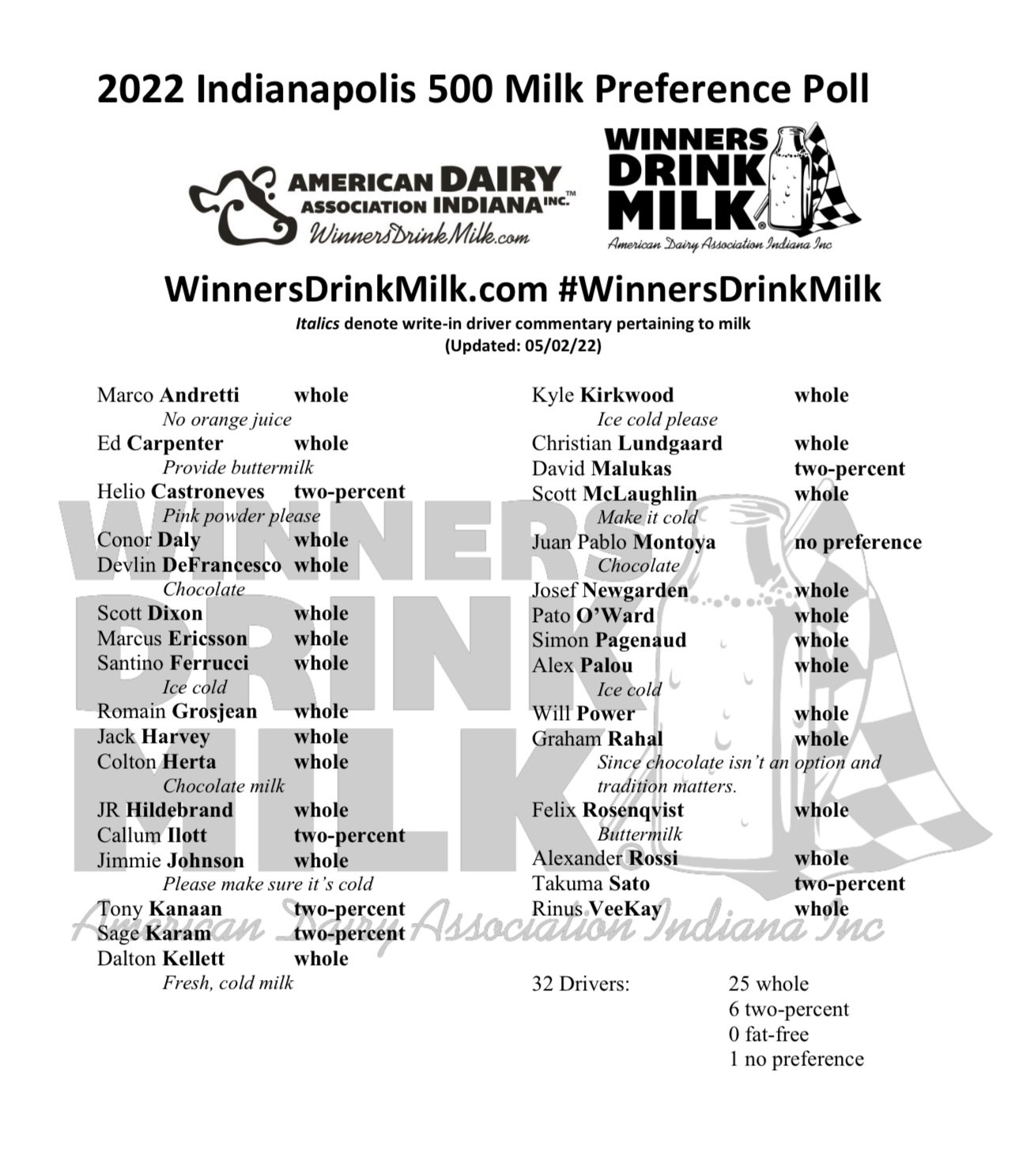 Click BELOW to hear C.J. Miller’s conversation with Donald Davidson, Historian Emeritus with the Indianapolis Motor Speedway, about how the traditional bottle of milk celebration started at the Indianapolis 500.