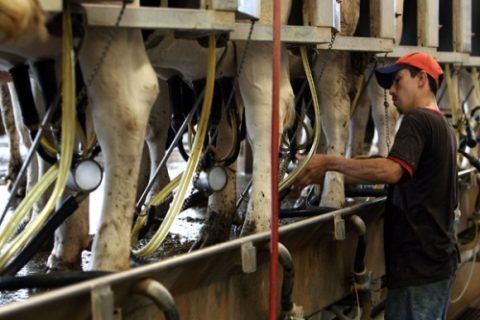 How USDEC Is Utilizing Virtual Meetings to Market US Dairy

Like all industries, the U.S. Dairy Export Council (USDEC) is trying to adjust to COVID restrictions on travel.

When we were free to roam about the world in a pre-COVID time, in-person meetings and trade shows helped create those connections. USDEC CEO and former Secretary of Agriculture Tom Vilsack says they’re adjusting.

“What we are seeing is a significant shift to virtual webinars, virtual trainings, virtual conferences,” said Vilsack. “We recently had a webinar training session, and we were astounded by the fact that there were 3,200 registrants for that webinar. That’s a phenomenal number.”

“That’s going to change, not just in the short term, but in the long-term, how we conduct business on behalf of U.S. dairy,” he said.

This month, USDEC is utilizing the opportunities that come with virtual meetings.

“We have a virtual trade show where we will essentially appear at a trade show virtually,” said Vilsack. “We’ll have a booth virtually, and people will be able to walk up to the booth and be able to get information about many of our members. We’re anxious to see how that works because that may be the wave of the future.”

As for exports, new numbers released on Thursday show that export volume in May was the highest it’s been in more than two years. That’s credited to record sales of nonfat dry milk/skim milk powder.