High temperatures and minimal, scattered rainfall started to impact crop development last week, according to Greg Matli, State Statistician, USDA, NASS, Indiana Field Office. With more above average temperatures last week and only small amounts of rainfall statewide, corn and soybeans were reported to be showing signs of stress in some areas. The average temperature for the week was 76.1 degrees, 0.9 degrees above normal for the State. The amounts of rainfall varied from 0 inches to 1.03 inches during the week. The statewide average for precipitation was 0.27 inches. There were 6.4 days available for fieldwork for the week ending July 15. 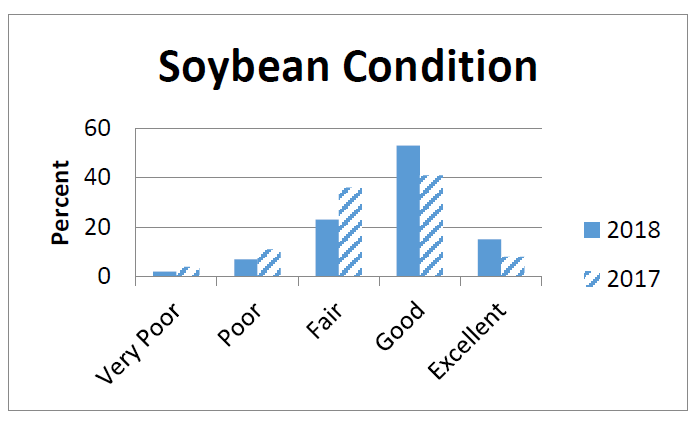 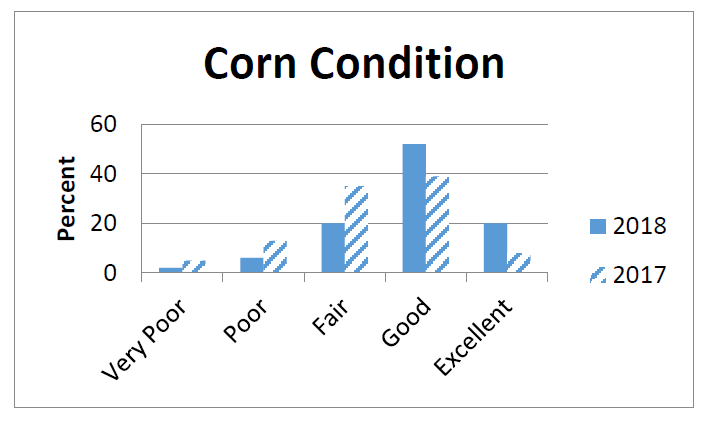 High temperatures and less than adequate rainfall dried out fields last week. Reports of corn curling and soybeans dying in some areas accompanied the falling soil moisture levels. Irrigation rigs have been running full time where possible. The dry weather allowed many farmers to wrap up winter wheat harvest and make progress cutting hay, but some pasture and hay fields showed stress from the lack of moisture. Livestock were reported to be negatively affected by the heat. Other activities for the week included baling straw, mowing roadsides, hauling grain, spraying field crops, and attending and preparing for county fairs. 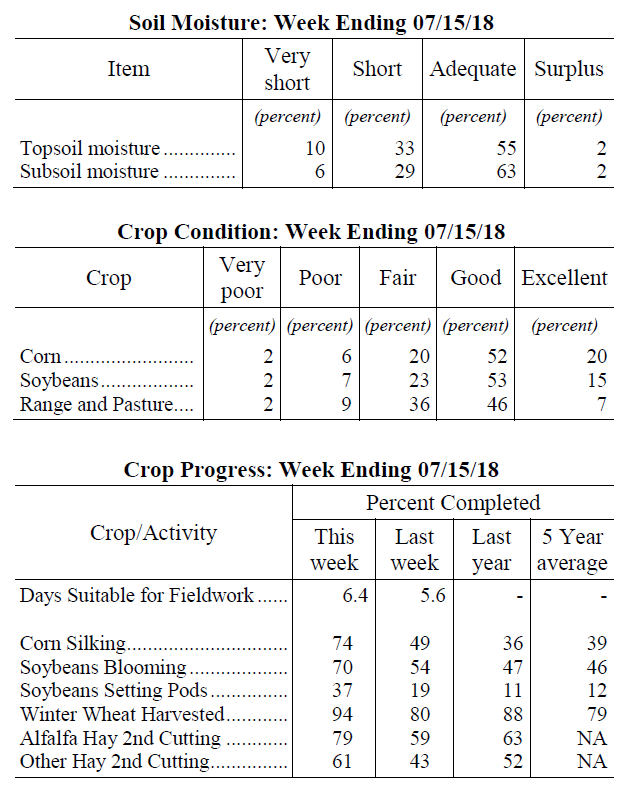