Growth Energy is on the front lines of fighting for greater market access for renewable fuel and for protecting the RFS. Palmer says putting the resources of Dow AgroSciences behind them will help in the battle for American ethanol. He stated, “Our support of Growth Energy will help promote the importance of a strong ethanol industry for U.S. farmers. It’s about partnering with others in the agriculture industry to develop markets for today and the future.” Growth Energy’s CEO Tom Buis praised Mycogen’s support and said, “Ethanol is fueling our future by creating jobs, improving the environment and increasing our nation’s energy independence.”

Jeff Broin, co-chair of Growth Energy’s Board of Directors, said in a recent  “Chairman’s Report” that this year is all about “moving ahead and moving faster” to bring clean, homegrown fuels to the American consumer. Broin noted how 2014 was a historic year for the industry, stating that producers have been selling a “clean, green, high octane, homegrown product at a huge discount.” Broin continued by thanking retailers who have started offering E15, noting that, “We are proud to support you and stand with you to bring American Ethanol to our customers.” Broin highlighted what is at stake, “This is more than a war simply between ethanol and oil; it’s a war between agriculture and oil.” Broin concluded by saying, “This is a war we need to keep fighting, a war we cannot lose. The world is depending on us.” 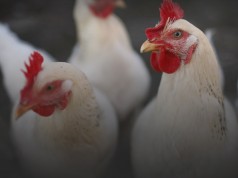