Indiana Co-op is Bullish on Agriculture

Ceres Solutions was formed by the merger of two Northern Indiana Co-ops. Their new CEO, Jeff Troike, says that, despite a tough agricultural economy, they are bullish on agriculture, “It is an exciting time to be in agriculture with all the new technology and the new genetics. We think this will help drive down the cost per acre.”

Troike believes that the expanded organization, which serves over 35 counties in IN and MI, will have the resources to help producers reduce their cost of production. “Lower the cost of production per bushel produced, that does not always mean the lowest cost per acre,” he said. “We believe we have the people, the programs, and the products to help our farmers increase their productivity per acre.” 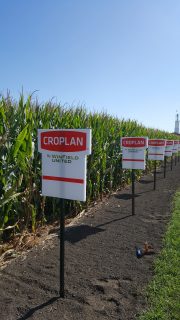 Troike said the organization is also committed to helping farmers farm more sustainably, “We have producers who are doing the right thing. They are using cover crops; they are using variable rate technology; they are using nitrogen stabilizers and tissue sampling to know what the crop needs and not just putting on products. We even have growers who are using irrigation management so they know when to put water on and when not to. All these things are helping the environment.” He added this is not only an issue that farmers care about but it is a consumer issue as well.

Troike is optimistic about continued growth in the Indiana economy with the solid support and resources of state government.