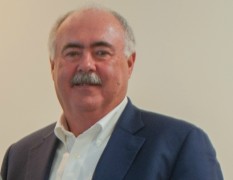 The announcement by the EPA that it would increase the amount of ethanol that can be blended into gasoline in 2017 was welcome news to Hoosier corn growers. Mike Nichols, a farmer from Spencer County and president of the Indiana Corn Growers Association, released the following statement in response to the announcement, “EPA’s announcement to increase the 2017 ethanol volume to statute is a step forward from their earlier proposal. Indiana corn farmers know the Renewable Fuel Standard is working for Indiana and for the United States, and we urge the EPA to continue to follow the law and keep the RFS moving forward.”

Wesley Spurlock, president of the National Corn Growers, said, “Today the EPA moved in the right direction by increasing the 2017 ethanol volume to statute. This is critical for farmers facing difficult economic times, as well as for consumers who care about clean air, affordable fuel choices, and lowering our dependence on foreign oil.“

“The levels announced today provide opportunities, but also do not take full advantage of an opportunity to further promote a viable, domestically produced renewable fuel industry that is U.S. biodiesel,” said ASA President Richard Wilkins, a soybean farmer from Greenwood, DE, “EPA will raise the overall volumes relative to the Proposed Rule and increase the total Advanced Biofuels volume requirements for 2017 from 4.0 billion gallons to 4.28, an increase of 19 percent. That’s a plus for biodiesel as the primary source of Advanced Biofuels.” Wilkins noted, however, that EPA chose not to raise the Biomass-based diesel volume requirements within that Advanced Biofuel pool for 2018.