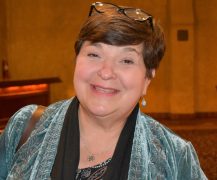 It’s the season for Indiana commodity groups to meet with state elected officials to make sure rural Indiana’s voices are being heard on a range of issues. Wednesday it was Indiana corn and soybean growers’ turn during their legislative breakfast. Included in their priorities this session is HB1098 which addresses the power of the State Chemist and Seed Commissioner to adopt emergency rules. Corn and soybean Chief Executive Officer Jane Ade Stevens says they support the bill.

“We’re supportive right now of the state chemist having the ability to have emergency rule setting,” she said. “We are watching that closely and certainly want to make sure that it is within the realm of the state chemist’s current jurisdiction but feel that there are occasions when that would be very helpful.”

Indiana Soybean Alliance and Indiana Corn Growers Association keep an eye each year on any livestock bills that are introduced, and both a senate and a house bill (SB316 – HB1369) proposing significant changes to confined feeding operations appear to be stalled.

“We still have farmers out there who can’t open some websites because they’ve got too many things going in, and it’s because they don’t have good abilities to get data. They need the broadband out there. But more importantly, as we look at the way agriculture is moving, and it’s all about data and data farming now, our machinery, our equipment, our markets, everything is about the speed of data. So, we have to have it to continue to be competitive in the world marketplace.”

Stevens adds just because some live in the country doesn’t mean they aren’t part of the data community. Quite the opposite is true for these high-tech businesses.