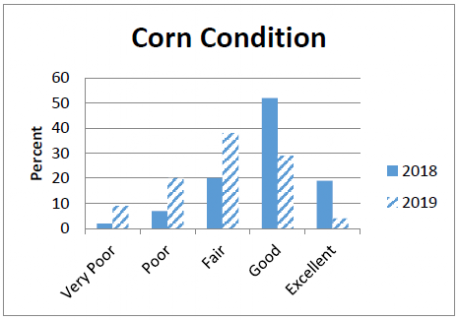 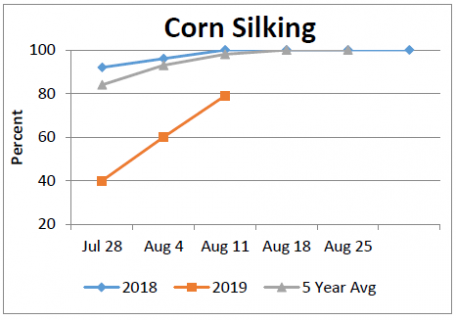 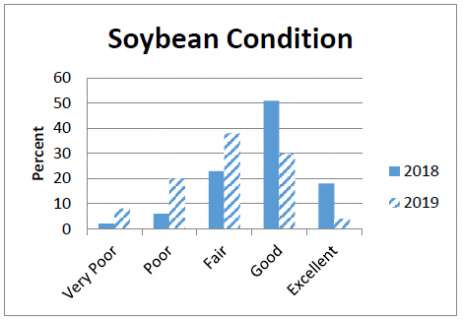 The average temperature for the week was 74.7 degrees Fahrenheit, 1.9 degrees above normal for Indiana. The amount of rainfall varied from none to 3.51 inches over the week. The statewide average precipitation was 1 inch. There were 5.9 days suitable for fieldwork for the week ending August 18. 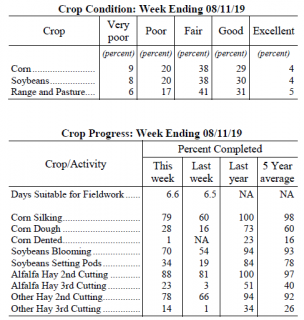 Above average temperatures coupled with sporadic and, in some areas, non-existent rainfall caused farmers to continue to worry about adequate precipitation during grain fill. In those areas that received rainfall, crop conditions remained steady or slightly improved while areas receiving little to no rainfall saw conditions deteriorate. The 2019 Indiana corn and soybean crops were in much worse shape than they were during the same time in 2018. Growers continued to hope for a late killing frost.

Livestock producers in areas that were devoid of rainfall began to supplemental feed because pastures were no longer adequate for the nutrition needs of their livestock.