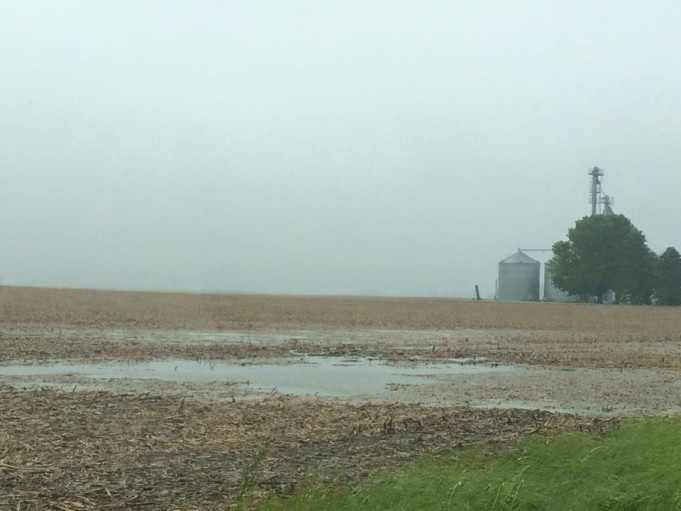 Persistent, heavy rains and strong winds left many corn, soybean, and wheat fields in standing water, according to the USDA, NASS, Great Lakes Region. Areas in Central and Southern Indiana that had been dry saw seasonal shortfalls turned to surpluses. Recorded precipitation across the state ranged from 1.24 to 7.89 inches, with an average of 4 inches across the state. The storms brought hail and wind gusts that knocked wheat and corn over. Continuous precipitation brought fieldwork to a near-standstill for many farmers. There were 1.1 days available for fieldwork this week, down 2.1 days from last week.

Flooding was more widespread, and soil moisture surpluses grew across the State while condition ratings declined, though the full effects of nitrogen loss and missed pest and weed control opportunities won’t be known for some time. Many corn and soybean fields already show signs of distress such as poor color and lodging. Mature wheat left standing was vulnerable to weather and disease, and damage and lodging was reported. Replanting of soybeans remains in question as the insurance date has passed. Several hay fields have passed optimal maturity for the first cutting as harvest was halted.