Sunshine throughout the week helped to dry out saturated fields and improve the growth of corn and soybeans, according to the USDA, NASS, Great Lakes Region. This past week had the highest days suitable for field work in several weeks, and farmers took advantage of it to spray fields, cut and bale hay, and wrap up wheat harvest. There were 4.8 days suitable for field work, 2.5 days higher than the previous week. 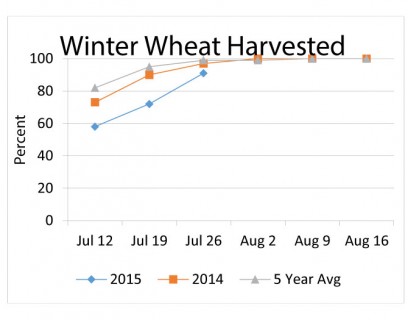 Winter wheat harvest was winding down this week; some farmers reported using wheat for livestock feed instead of putting on market due to high dockage for poor quality. Corn was reported as greening up, but short; tasseling and growth has been unbalanced in many areas of the same fields, as some plants are more mature than others. Some corn has responded to late applications of nitrogen but some areas still appear to have really low levels of nitrogen. 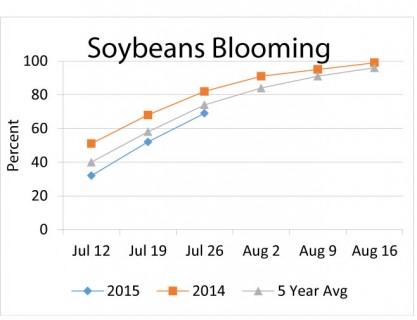 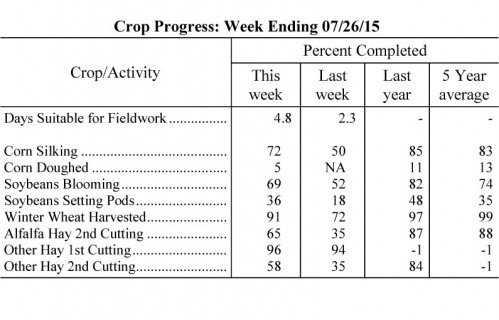