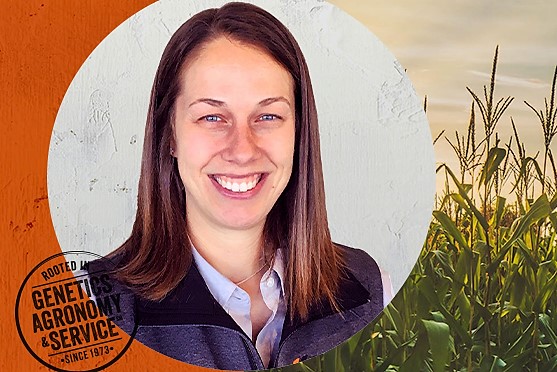 With some exceptions, the Hoosier state largely escaped corn crop damage from storms this week, according to one agronomist based in the state.

“I would say most of the standability is no trouble,” says Stephanie Smith, Golden Harvest agronomist. “Typically, winds will come in and knock that corn down, lay it flat and then it will stand back up, but I’m really not getting reports of that across the state of Indiana.”

How good can the Indiana crops be this year? In its August crop report, USDA said corn yield is projected at 188 bushels and soybean yield is now expected to be 61. That would be a record in beans and near the record in corn.

Smith believes Indiana will have a very good crop, but “I will caution listeners to remember that early spring we had a lot of replant. We had some freeze and frost situations where we lost some stand counts, and I just feel as though the evenness of our stand isn’t quite where we want it. Even when we take that 55 mph scouting pass down the road, once we get in there the variability does pick up. Also, if we think about our northern Indiana area, some of those areas got pretty dry, so it will be a good crop. It won’t be the world’s best crop in the state of Indiana, but it will be very good.”

She characterizes most of the crops as fairly clear of disease pressure. There is gray leaf spot, tar spot, and frogeye in the state, and now another disease is moving north.

“The outlier of the year that we’re typically not used to is southern rust in corn,” she said. “We’re actually seeing that progress fairly rapidly north across the state, and with these warm temperatures, we’ve got some moisture now, I look for that disease to spread.”

Smith recommends scouting fields, so you know what you have, and be sure to get well into them. Also be looking for evidence of corn rootworm.

“I’m seeing node injury scale ratings of .5 or higher in places that aren’t at all worried about corn rootworm,” Smith said. “So, this may be a good time again to scout some fields, dig some roots, take a look.”

She told HAT the populations of corn rootworm have really built up over the last year and a half.