Cooler temperatures slowed maturation some for corn and soybeans, according to Greg Matli, Indiana State Statistician for the USDA’s National Agricultural Statistics Service. Areas that received little to no rainfall continued to have irrigation systems running to finish out the crop. 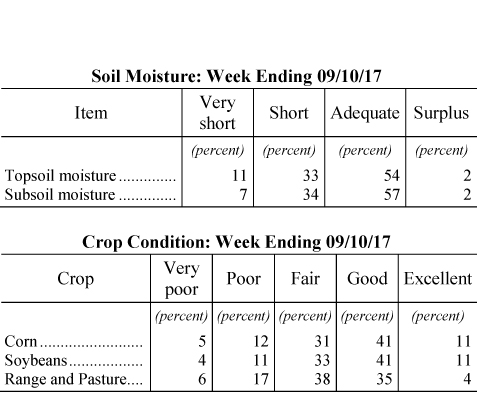 The statewide average temperature was 62.4 degrees, 7.0 degrees below normal. Statewide precipitation was 0.43 inches, below average by 0.28 inches. There were 6.0 days available for fieldwork for the week ending September 1, up 0.1 days from the previous week. 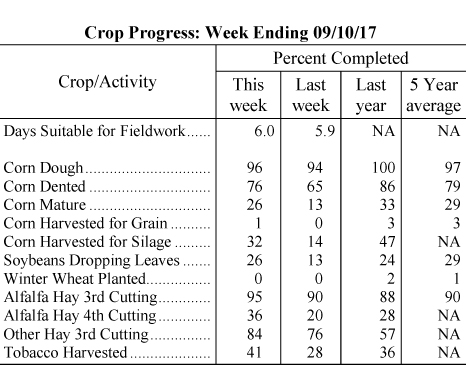 Both corn and soybean fields are beginning to dry down from the limited rainfall over the past two weeks. Some growers are concerned that the below average temperatures have slowed maturation of their crops. Growers reported seeing a fair amount of variation in the maturity for corn and soybeans. Diplodia ear rot was reported in corn fields.

Pastures continued to dry and some farmers completed their last cutting of hay. Livestock benefited from the cooler temperatures and were reported to be in good condition overall. Seed corn, tomato, mint and potato harvest continued. Other activities included preparing storage bins and dryers for harvest, preparing harvest equipment, hauling grain, scouting for pests, and mowing roadsides.