Rain showers last week were not substantial enough to prevent the effects of prevailing dry conditions for the season, according to Greg Matli, Indiana State Statistician for the USDA’s National Agricultural Statistics Service. A few counties received localized and heavy amounts of rain while other counties remained dry. Crops continued showing signs of drought stress causing farmers to use irrigation to water crops. In most areas, spotty showers are not enough to combat these dry and hot conditions. Fieldwork was further hindered by windy weather conditions brought by rain. 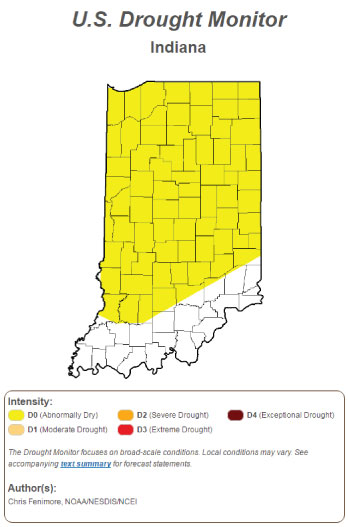 Statewide average temperature was 74.5 degrees, 2.6 degrees above normal. Statewide precipitation was 1.13 inches, 0.14 inches above normal, but amounts were distributed unevenly. There were 5.3 days available for fieldwork for the week ending June 19, down 0.6 days from the previous week.

Corn emerged was 99% in the North, 97% in Central, and 92% in the South. Dry, hot conditions during the first part of the week forced corn to root down and caused leaf rolling. Strong winds bent corn over in certain counties. The corn crop is emerging rapidly with 72% in good to excellent condition. Side dressing and spraying herbicides is almost complete. 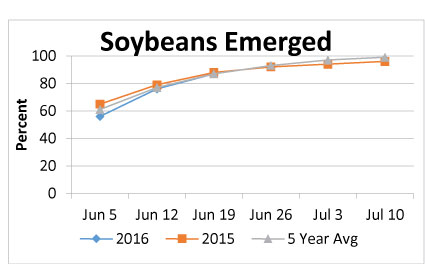 Wheat mature was 37% in the North, 53% in Central, and 86% in the South. Wheat harvest is in full swing, with some straw baling going on as well. 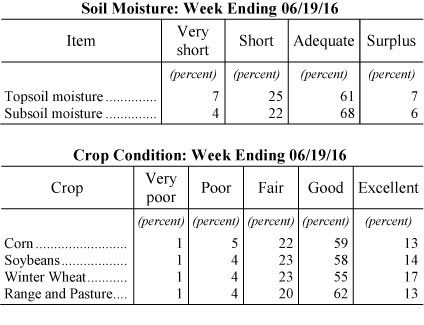 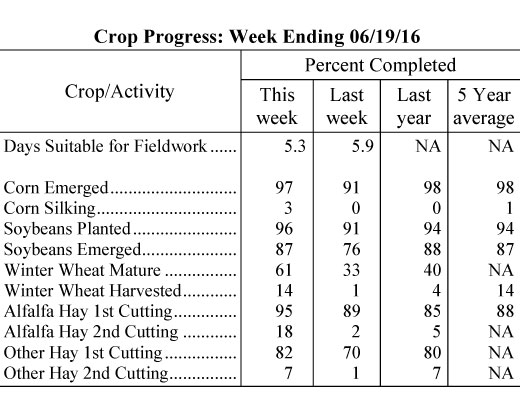