High temperatures and varying amounts of rainfall in the state left many fields in need of more moisture, according to Greg Matli, Indiana State Statistician for the USDA’s National Agricultural Statistics Service. Soil moisture levels remained steady but varied widely by location. Drier conditions this past week have led to an increase in irrigation. Statewide average temperature was 76.7 degrees, above normal by 2.9 degrees. Statewide precipitation was 1.00 inches, above normal by 0.11 inches. 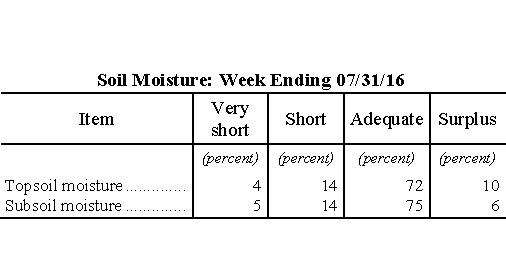 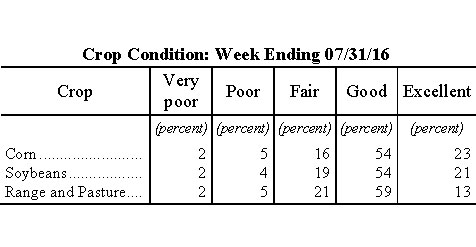 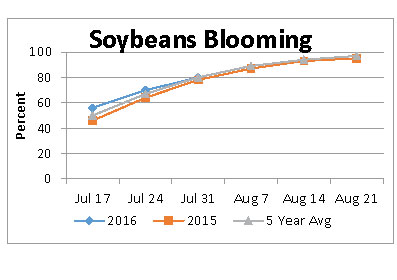 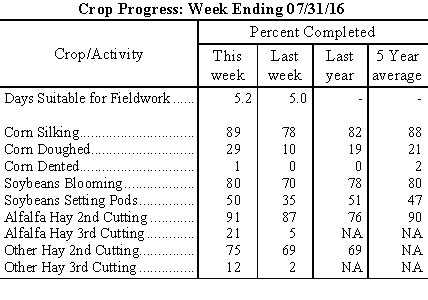