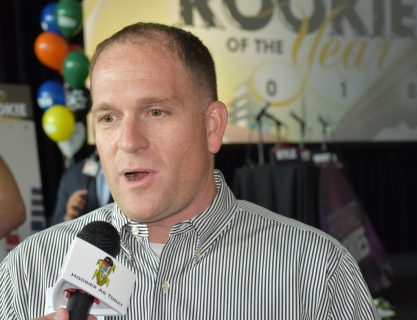 Hoosier Ag Today reported in early March that Dean Foods would be terminating milk contracts effective May 31 for 27 Indiana dairy farmers. As that deadline draws nearer, many of those dairy farmers are still looking for a path forward. Joe Kelsay, a Johnson County dairy farmer, says the process started immediately after getting the letter from Dean Foods on March 1.

“We made calls all over the industry (to) contacts that we had, other companies, other co-ops, to really try to get the word out that, ‘Hey, we’re going to be looking for a market.’ And today, after receiving a handful of no’s, the milk market just wasn’t that hungry for additional milk, to a few maybes, and so far one yes. We’re still working through the process, and in about a month we will have a final direction and decision I hope.”

Kelsay feared that he would have to put an end to his dairy operation, but he believes now that there is a path forward, and he won’t have to shut down for the foreseeable future.

“Our case isn’t necessarily the case across the board. There were 28 or so dairy farmers here in this state and over 100 around the country, and my heart goes out for each and every one of them.”

Kelsay says he harbors no ill will toward Dean Foods. He said they’ve been a great partner since he started working with them in the early 90’s. Dean Foods offered assistance to the dairy farmers impacted by their decision, and Kelsay said they have followed through with that assistance.

“They’ve helped us with really identifying some additional testing, as well as the organization of what the market looks like and where it might move, and those sorts of things. So, again, I appreciate Dean’s as a partner.”

Indiana Farm Bureau President Randy Kron told Hoosier Ag Today that he had not heard from all 27 Indiana dairy farmers, but as of a couple of weeks ago, he had heard from 8 that have agreed to new contracts.

Kelsay attended the Fastest Rookie of the Year Luncheon hosted by American Dairy Association Indiana at the Indianapolis Motor Speedway. Four rookies were honored at the event held Tuesday. Andy Eubank will have more on that story later in the week.