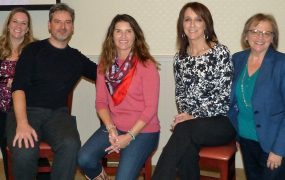 The 2017 Indiana Dairy Scientific Advisory Panel Meeting at Fair Oaks Farms delved deeply into the subject of GMO foods. A new movie also takes that deep dive and the film was screened that evening. Trace Sheehan produced “Food Evolution” and doesn’t hide the fact that researching the topic altered his own opinion of GMO’s.

“I basically triangulated my position,” he told HAT. “To steal a line from Nathanial Johnson who did the 26-part series on GMO’s, he just said he eventually ran out of things to worry about. I think I did too, not to say there aren’t valid concerns, but once you unpack what GMO really is, the process of genetic modification, you realize that it’s a safe, essential tool in the toolbox that can help us have a more sustainable, abundant, nutritious food system for as many people as possible.”

The annual event is sponsored by American Dairy Association Indiana, Inc. General Manager Deb Osza says the movie helps eliminate the emotions and allows consumers a look at the safe and sound science behind GMO technology.

Food Evolution is available on Hulu and is from Academy Award-nominated director Scott Hamilton Kennedy. It is also being supported by the U.S. Farmers and Ranchers Alliance. Check their website to learn about hosting a screening event.