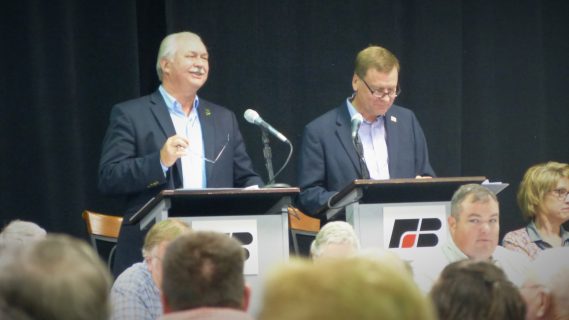 262 Indiana Farm Bureau delegates from all 92 counties met over the weekend to set policy for the upcoming year. There were no significant policy shifts that came out of the meeting, but there were a couple of issues that sparked a lot of discussion.

The Indiana General Assembly legalized the use of CBD oil during their last session. Justin Schneider, Director of State Government Relations for Indiana Farm Bureau, says that they recognized industrial hemp and CBD oil are not the same as marijuana. 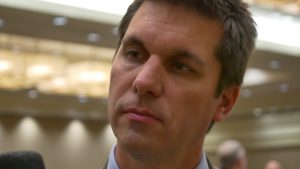 “Currently, Indiana has a pilot project. Purdue can do research. We do have a farmer this year that’s doing research under license with Purdue. So, he’s grown industrial hemp and they’re going to process it and see what how the product comes out. But they can’t market the product under the current restrictions, so I do hope that the language gets in the farm bill. We’re supportive of that.” 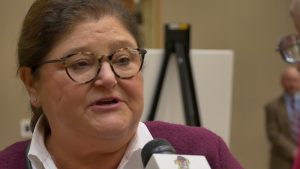 Wind and solar siting, a controversial issue around the state, was another point of discussion. Director of Public Policy Katrina Hall told HAT, “We had a really long discussion about how much outside control or parameters there should be put on those things. In the end our members really, it took a while to get there, came back to the point that we supported local control on those issues.”

Hall added that their members are very tuned in and involved in local government, which is why they reaffirmed their position on numerous issues to advocate for local control.

The delegates voted to add language regarding their support of providing more funding to bring high-speed internet access to rural Indiana. Delegates adopted language that supports the voluntary merger of townships as long as there is a clear plan for the process. Members support the concept that a plan should be made available to the public before it goes to a referendum and should include detailed information about the services provided before and after the merger as well as the property tax implications.

During the session, delegates also voted on members who would represent INFB at the 2019 American Farm Bureau Federation Convention. The AFBF Convention will be held in New Orleans in January. The INFB delegates chosen will discuss policy positions for the national organization with representatives from all 50 states and Puerto Rico. Four county Farm Bureau presidents were elected as delegates for the AFBF Convention:

Over the next few weeks, the INFB board of directors will determine the priority policies for the 2019 state legislative session. Federal priorities are set at the AFBF level based on input from all state Farm Bureaus. Now, the INFB public policy team will work with regional managers, district directors and county Farm Bureau members to hone in on top priorities to set the stage for the organizations efforts at the Statehouse and in Washington, D.C.