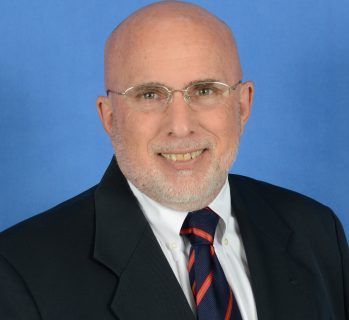 The U.S.-Mexico-Canada Agreement, USMCA, may have a rocky political path in the future, but Bob White, director of national government relations for Indiana Farm Bureau, said the organization is happy this trade deal is signed, sealed, and delivered. But he, like farmers, remains concerned about unresolved trade partner issues.

“Finally we’ve got one done,” he told HAT. “We don’t have Canada and Mexico hanging out there like we do China and Japan, and I guess South Korea (KORUS) is inked, but Europe. They’ve all been good trading partners over the years, so we can check that box. It’s going to be good for farmers. It may take awhile to bring back some of the markets in Mexico because they have looked for corn in Brazil and Argentina.”

White says the primary grievance with China has revolved around intellectual property. With a focus on that within USMCA, he thinks this deal and KORUS will help set the stage for other trade negotiations.

“Both KORUS and USMCA basically have an increased protection for intellectual property rights, and that is really good for our seed companies, our chemical companies, and of course our pharmaceutical companies in the United States. So, that is setting the tone for the new set of agreements that comes out of the next one which is most likely going to be the European Union and/or Japan.”

U.S. Dairy is one area getting a win with USMCA. The Canadian Class 7 pricing system, a long-time stumbling block, will be eliminated.

“It’s a phase out,” White said, “so it may take two years or it may take three, but they’re going to phase it out, so that was a big win.”

NAFTA remains in place while each country goes through the ratification process for USMCA. White says the trade agreement needs to be signed by November 30th.

“And then it goes to the International Trade Commission for its review for ninety days, so this Congress will not act on this agreement. It will be the next Congress that comes in in January that will act on the agreement, should the Administration decide to send it to the hill.”

Could politics come in to play and impact congressional approval of USMCA? White says, “Uh, yes.”

Hear more in the HAT podcast with Bob White:Bob-White-USMCA-Podcast