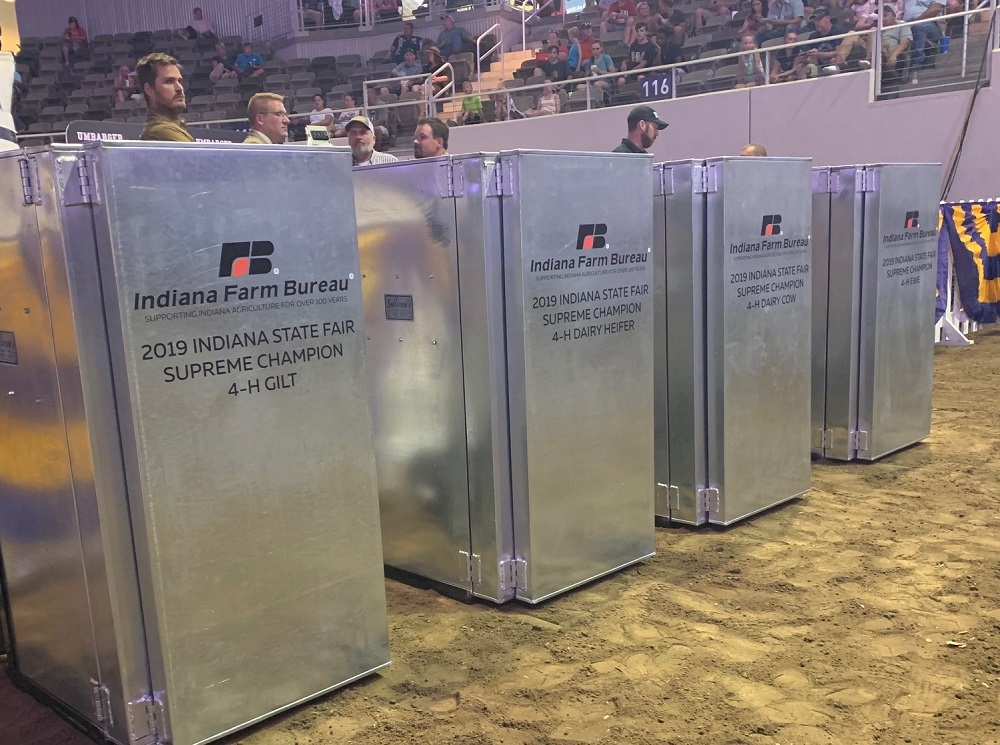 Some things, well, many things will be different at the Indiana State Fairgrounds in August. The annual state fair is canceled. But with some competition planned one thing that hasn’t changed is Indiana Farm Bureau stepping up to the plate and helping support 4-H members.

Chelsea Poe, the INFB membership development manager, says they wanted to be a part of this year’s events even without the traditional exhibit they’ve hosted so many years on the north side of the fairgrounds.

“When we really think about who we are and the people we support in our members, they’re all on the south side of the fairgrounds in those livestock barns,” Poe told HAT. “This was a great for us to tie those two together. Of course consumer education is a big piece of the puzzle and something we work on, but we thought that this support of the youth livestock exhibitors would be a good thing for us and a good fit.”

Indiana Farm Bureau is the presenting sponsor of the exhibitor experience with the livestock show.

“We also added a new piece to our sponsorship this year which is that we are sponsoring all showmanship in the livestock species, so that is individual species showmanship along with the supreme showman drive that happens during the fair. So, that’s an additional piece and then from what we have done the past two years we are still the sponsor of the Supreme Drive which happens that second weekend of the fair.”

Ironically INFB’s board of directors had decided early in the year on a shift in focus at the State Fair to support of the livestock shows.

“It just so happened to work out that was the piece of the puzzle that kept going with the modified state fair.”

“Many of the future leaders of Farm Bureau can be found on the fairgrounds each summer showcasing livestock and a variety of ag-related projects,” added Randy Kron, INFB president. “While this year’s state fair will look different, we’re pleased that our 4-H’ers will still be able to compete and we’re thrilled to be able to support them as a presenting sponsor. They’re the future of Indiana agriculture.”

Farm Bureau will provide awards to top-level showmanship winners throughout the youth livestock showmanship competitions. The awards include: