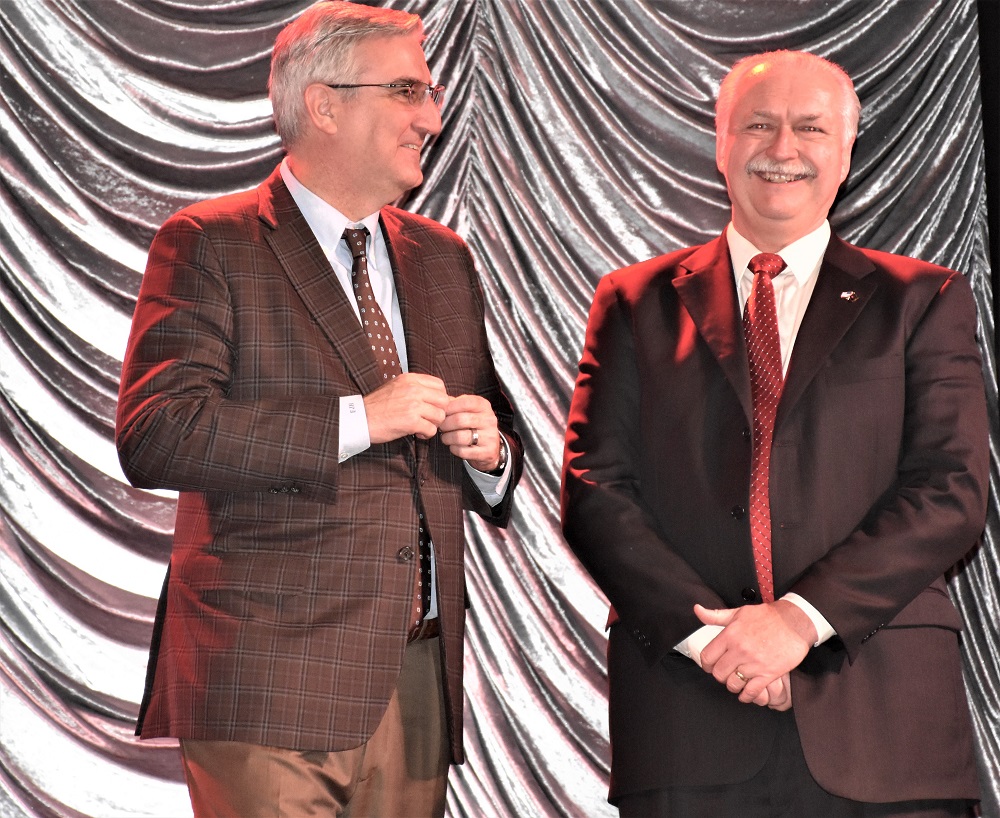 Nearly 1,500 Indiana Farm Bureau members filled all three French Lick Resort hotels to capacity to celebrate the state’s largest general farm organization’s first 100 years. During the Friday morning general session, President Randy Kron spoke about the history of Farm Bureau, from its 65,000 members by a year after inception, to the current total of 262,898.

It was a good week for a convention with trade developments coming from Washington.

“USMCA, sounds like Nancy Pelosi, Speaker of the House is going to let it come to a vote. That’s a big plus,” he said. “It sounds like we’ve got a rough deal with China. Great Christmas present I think.”

Kron said membership is the foundation of Farm Bureau, and one of their most important jobs is understanding what the members need. In a survey, membership has made clear the cost of health care is unmanageable.

“It’s hitting their bottom line terribly, and we have to be able to have a product that gets down to the sole proprietor, the individual, and those were the two main takeaways from the survey.”

But after a great deal of work to come up with a health care product for the farm family, legal restrictions brought Farm Bureau to the end of the road, or maybe a fork in the road.

“We’ve done the research, we’ve tried to look at all the laws,” Kron said, “and I’ll just say we were not able to find anything that we could bring to market under current rules and structure.”

Kron then announced that it is time to move to the legislative path to effect change in health care law.

“We have decided the only way we can deliver a product that meets the two most important things from our survey, more affordable than what’s out there, and down to the sole proprietor, it is going to take a legislative change. This is Farm Bureau’s #1 priority that we will be in the statehouse and trying to make a change to legislation so that we can bring a product that’s more affordable and will get down to the sole proprietor so it can help our family farms. 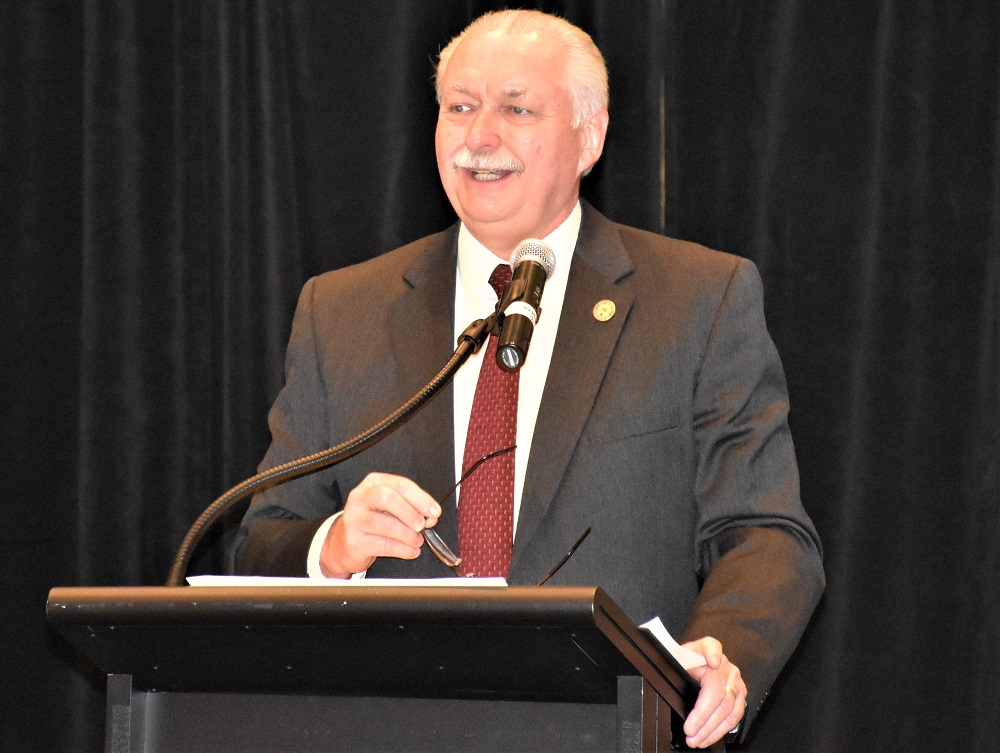 He acknowledges a very heavy lift to facilitate change at the legislature, so enter the grassroots, the strength behind Farm Bureau.

Kron also talked about the long-term future of Indiana Farm Bureau, and he said it will require the same unified voice the founders wanted for this farm organization. But that is getting more challenging.

“Think back 30-40 years ago. All our farms were pretty uniform. We had some livestock, we had row crops, so the issues were the same for everybody and it was easy to keep a unified voice. Nowadays think of the diversity from the local to organic to non-GMO and there’s a big array of issues out here and it’s a lot harder. Our commodity groups play an important role in this, but Farm Bureau’s role the way I see it is going to be making sure we have a unified voice. They say two percent but we’re probably closer to one percent of the population and if we’re going to remain effective the way we have the last 100 years, we’re going to have to be speaking together. If we have differences, it’s going to have to be working out in the back room.”

HAT will have more from Kron on their health care at the statehouse effort tomorrow.