Congress must ratify the USMCA to close the loop on the legislative process. The farm leaders at Commodity Classic in Orlando, Fla., urged Congress to ratify USMCA quickly. 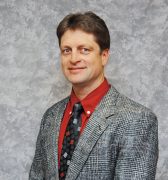 Canada continues to serve as the top importer of Indiana-produced farm goods. In 2017, more than $44.6 million of Hoosier agricultural commodities crossed into Canada. The 2017 numbers represented an $11 million increase over the $33.5 million in ag goods shipped to Canada in 2016.

With nearly $12 million of Indiana ag products crossing the southern U.S. border to Mexico in 2017, Mexico ranks as the Hoosier State’s third-best trading partner. The No. 1 buyer of Indiana corn, Mexico imports more than 8 million metric tons of U.S. corn annually – twice as much as the second-best importer, Japan. Also, Mexico increased its purchase of Indiana soybeans by 91 percent in the past year. 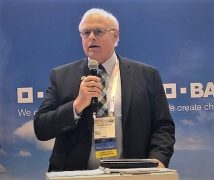 “There are many reasons to support the USMCA,” said Howard County, Ind., farmer and NCGA National Corn Board member Denny Maple. “The USMCA allows Hoosier corn growers to do what we do best, and that’s grow corn. Mexico imports more Indiana corn than any other place in the world. This is not a complicated issue for us.”

U.S. export promotion groups such as the U.S. Grains Council (USGC) and the U.S. Soybean Export Council (USSEC) also support USMCA, and tout its potential benefits in the future.

“The USMCA is an imperative trade relationship for the American farmer,” said USGC board member and Madison County, Ind., farmer Joshua Miller. “Having a fair and working trade partnership with our neighboring countries displays that the United States is serious about developing fair trade around the world.”