All Indiana Republicans voted in favor of the Farm Bill, while all Democrats opposed it because of the reforms it makes in the nutrition program. Indiana Congressmen Jim Banks, who authored an amendment to the bill eliminating the WOTUS regulations, was pleased his amendment was adopted but disappointed the bill failed to pass, “While I am glad to see my colleagues support my amendment to repeal this onerous regulation, I am disappointed that the farm bill ultimately did not pass.” 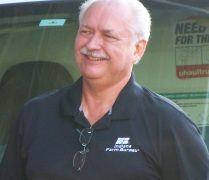 Indiana Farm Bureau President Randy Kron said, in a statement, “We are disappointed that the House was unable to pass H.R. 2, the Agriculture and Nutrition Act of 2018. Indiana’s farmers are relying on the passage of a farm bill that helps strengthen the farm economy. The agricultural economy has experienced a significant decline in farm income over the past several years, and it is very important that this legislation protects farmers from factors that are out of their control.” 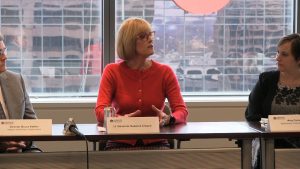 Indiana Lt. Governor Suzanne Crouch urged lawmakers to continue work to pass a new Farm Bill, “I am optimistic that House and Senate lawmakers, both urban and rural, will come together as adopt a new Farm Bill before the September 30th deadline.” Crouch added, in an exclusive interview with HAT, that farmers are facing a lot of uncertainty and that passage of a new Farm Bill would go a long way in eliminating some of that uncertainty.