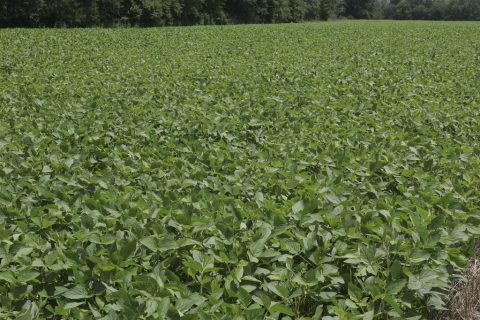 In an average year we would have over one third of our corn crop planted, but this year that is not the case. Yet, at this point, very few growers are thinking about switching to soybeans. Brian Shrader, agronomist with Pioneer, said, “I have had very few of those conversations with growers this year. Unless something drastic happens, I think Indiana corn acreage will remain as planned.”

The forecast calls for a dry spell this weekend and into early next week, so it is expected that a good deal of progress will be made in the next few days. Shrader also noted that the economics still favor planting corn over soybeans in 2019.

Shrader said he has had a lot of questions about possibly changing maturity dates, but maintains it is still too early to make that decision, “We still have plenty of time.” He cited research by Dr. Bob Nielsen at Purdue that suggests less of a yield impact from late planting than many believe, “We have larger equipment that allows growers to plant a lot faster than they have in the past 20 years.” He said those changes should not be considered into we get into June.