Farmers everywhere are reacting to the news of the $12 billion aid program announced by USDA on Tuesday. Kendell Culp, Rensselaer farmer, Indiana Farm Bureau Vice President, and board member for the American Soybean Association appeared on Fox News Tuesday night with his reaction.

“We appreciate the president having our backs as farmers. He said that he would do that as this trade issue has continued on. He said he would be supporting of us. And while we appreciate that, obviously we would just like to have a deal done. (That) would be what we would really like to see done in the long run.”

North Central Indiana farmer Ryan Rippy told HAT that he too would prefer trade to government aid. He thinks the program is necessary because of the depressed commodity prices, but he doesn’t like the idea of government having to bail out any industry. 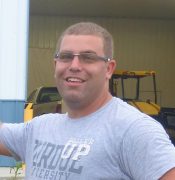 “It’s not fair to the taxpayers that have to bail us out because the government steps in and messes up trade channels that hurt our bottom line. So, I don’t think it’s really fair to anybody.”

Rippy is also concerned about how USDA will make its determinations for payouts.

“My gut feeling is that farmers probably won’t be made completely whole out of this. We’ll probably still have some financial losses that we have to bear. It will be a challenge to really find that sweet spot as far as how much is the trade disruption affecting incomes versus how much is just the supply and demand of the market.”

Culp and Rippy both say they are rooting for President Trump in his efforts to make trade more fair and hold bad actors accountable. Culp said that farmers are being patient with the president now, but, “If this drags on, and we get past harvest, and our bins are full, and we have a good crop, and we have poor market prices, then I think you’re going to see more farmers saying that we need to have this deal done quickly.”

We’ll have more on this story as it continues to develop in the days, weeks, and months ahead.