Some Indiana Farms Planted in Record Time; Now They Need Some Rain

It was a weird start to the planting season, and it has impacted farms differently throughout the state. Cass County farmer Mike Deitrich said that despite that weird start, he believes they got their crop in the ground in record time. 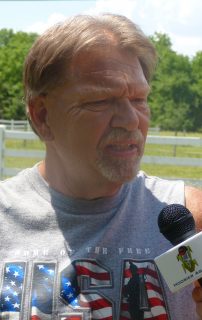 “It seemed like spring wouldn’t get here, and when it did it lasted, maybe, 48 hours and we went almost straight to summer, but I can’t complain. We got our crops in in a pretty timely manner, and despite the lack of rain we’ve had the last three weeks, they’re not looking too horrible right now.”

Deitrich said he was in the Winamac area earlier this week, in Pulaski County, and saw fields that haven’t yet been planted due to the heavy rains they’ve received in the northern part of the state. But rain seems to keep going around his farm.

“I’ve had 1.25 inches of rain in May, and we’ve had a lot of forecasted rain that we’ve missed. That gets a little depressing after about four different forecasts for rain, but it’s holding its own right now. We sure could use an inch as long as it doesn’t come in 5 minutes.”

Other than waiting for rain to come, Deitrich says, “We finished spraying corn last week, and just waiting for beans get a little bit bigger before we go in there and clean them up for the first time. We’ll haul some grain the next 10 days, and look forward to clean the equipment up, putting it back, and maybe relaxing for maybe a couple weeks there in middle July.”