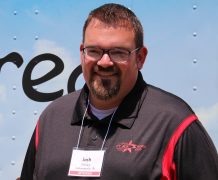 “We have good mechanisms in place,” Trenary says. “We have local control in Indiana so counties are allowed to plan for their specific needs, we’ve got a regulatory regime at the state level taking care of the environmental aspects of these facilities.”

While unsuccessful in getting everything they wanted in the latest legislative session, Trenary believes the livestock sector in Indiana will be just fine.

“We were disappointed we couldn’t get a few permitting things clarified in statute, for some things we were working on with IDEM, especially during this period of expansion, but we’ve got a good agency to work with and we’ll move on and be just fine, said the Indiana Pork Exec.”

A new processing facility in Sioux City, Iowa will begin operations no later than the first part of September and the Clemons Food Group plans for the Coldwater, Michigan plant to be operational later this year.