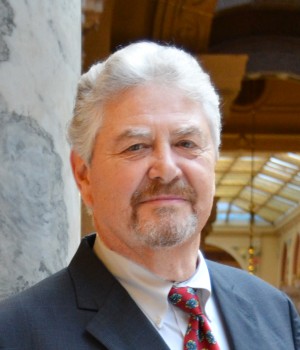 On Tuesday the Indiana State Department of Agriculture (ISDA) announced staffing changes within the Indiana Grown initiative. David King will be taking on the role of Director of Indiana Grown, with Suzi Spahr serving as Program Manager.

They will be working together to further the program, which is a statewide branding initiative designed to help Hoosier consumers easily identify, locate and purchase products that have been grown, raised or processed within Indiana. Since its official launch last summer, Indiana Grown has reached nearly 350 members and receives roughly 13 new applicants each week. “We have seen tremendous success within the first six months of the program, which is in large part due to the great team we have as well as the growing demand for Hoosier-made products,” said ISDA Director Ted McKinney. “I am pleased that Indiana Grown will have additional staffing resources, and I’m confident in David’s and Suzi’s abilities to further uplift the program, its membership, and truly take it to the next level.”

King spent the past 25 years working in the agriculture and the food industry. Before moving to Indiana, he lived in Kentucky and was the President and Co-owner of Rebekah Grace Foods, a local food distributor. Most notably, King spearheaded the marketing department for Kentucky Proud, the state’s marketing initiative, and was critical to the program’s success.

In 2014, he began working at ISDA as the Local Foods Program Manager, where he oversaw several initiatives, such as Indiana Grown and Food Hubs. In his new role as Director, King hopes to strengthen the Indiana Grown initiative and build on the tremendous momentum the program has already garnered since its launch. “I have spoken with several Indiana Grown members who have doubled the size of their operation as a result of the program, one increasing by 400 percent, so this is a really exciting time to be a part of this movement,” King said. “My goal is to not only expand the program to benefit more of our farming families, but also to take advantage of every opportunity to connect producers with consumers, retailers and restaurants alike.”

Spahr, who has also been with ISDA since 2014, will be the new Program Manager for Indiana Grown. She has vast experience working in state government, both as a Legislative Assistant for the House of Representatives and as the Director of Constituent Services for the Office of the Governor. Prior to her new role, Spahr was the Executive Assistant for ISDA and has supported the operations of Indiana Grown since the program’s inception. “I’m excited for my new role as Program Manager, especially now that things are really starting to take off,” Spahr said. “I look forward to creating an environment that encourages Hoosier producers, big or small, to participate in Indiana Grown, while building up those partnerships that have been critical to the program’s initial success.”